DAVOS, Switzerland -- Memory enhancement, IQ boosters and drugs designed to attack genetic weaknesses may increase competition in the future and create a playing field that is far from equal, scientists at the World Economic Forum said Wednesday. 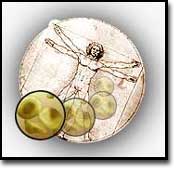 But alongside such ethically complex issues, other forms of human enhancement - organ replacement, drug therapy and genetic mapping - could make the difference between life and death as well.

As science edges closer to allowing parents to choose the gender of their child and drugs are able to dull or enhance memories, some on the sidelines of the annual meeting at the Swiss Alpine ski resort of Davos questioned the economics of human enhancement and the ethics of progress.

"One of the big worries is over genetic discrimination," said Francis Collins, director of National Human Genome Research Institute in Bethesda, Maryland, and a leader on the Human Genome Project, a 13-year effort to identify the 20,000 to 25,000 genes in human DNA.

Within a decade, many common illnesses such as cancer are likely to be pinpointed according to their genetic variables, and some others that have been difficult to crack - such as autism and bipolar disorder - might be better understood, Collins said. Also on the horizon is technology that will allow people to know their genetic make-up for about $1,000, he said.

"The question is if we do collect a lot of genetic material from people ... are you going to see those people then injured when their health provider or employer uses that information to take away opportunities," Collins told The Associated Press. "At the moment, in the United States particularly, those protections are not in place at a federal level."

Mapping the genome - or the blueprint of genetic instructions for making an organism - has been just one part of human enhancement, scientists say, but other technologies are making a leap from what was once considered science fiction to reality.

One of those areas is cosmetic neurology, says Olaf Blanke, director of the Laboratory of Cognitive Neuroscience in Switzerland.

Drugs are already being used to boost the memories of people suffering from Alzheimers. Other drugs, such as common antidepressants, have been found to soften unpleasant memories.

"You can imagine if this continues what we will see are advances that are much more targeted and more selective," Blanke told AP.

The advances raise a multitude of ethical questions, including whether there should be a worldwide body to establish guidelines and regulations.

Debate erupted last month after a South Korean veterinarian Hwang Woo-suk's claim that he cloned 11 human embryos to produce stem cells turned out to be false, providing another set-back in the field of stem cell research.

Stem cells are created in the first days after conception and mature into every cell in the human body. Scientists hope to use stem cells as replacement parts for failing organs and to treat diabetes, Parkinson's and other diseases.

The field has drawn controversy - particularly in the United States where opponents say the process destroys human life because the embryos are destroyed.

Some of the fears over human enhancement are rooted in the idea of eugenics, or using selective breeding to improve the genetic quality of a species. Some of these programs were seen under the Nazis and even in North Carolina where about 7,600 people were sterilized between 1929 and 1974 - some of whom were sterilized against their will with labels of "feeble-mindedness."

Outside the big questions of whether humans should be enhanced and at whose and what cost is the perhaps bigger question of whether enhancement brings happiness, says Richard Matthieu, co-director of the Schechen Buddhist Monastery in Nepal and a molecular geneticist who also serves as an interpreter for the Dalai Lama.

Most recently he's looked at how the brain changes when people meditate.

"Happiness can be enhanced but isn't just about genomes," he said. "It's about the mind, which I think is vastly underestimated and underused."