A mindful distraction for pain and depression

Dublin, Ireland -- CAN THE WAY you chew a raisin affect the way you experience pain? Trials at St James's and AMNCH (Tallaght) Hospitals in Dublin are beginning to look at how "mindfulness meditation" can be used to help people cope with a diverse range of problems including chronic pain, depression, anxiety, cardiac difficulties and even psoriasis. 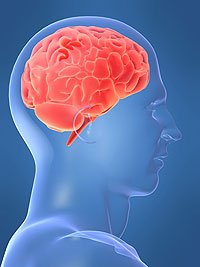 "Mindfulness is a secular form of meditation . . . [and] . . . is useful for anyone going through stress and strain in life, which is probably everybody," explains Dr Noirin Sheahan, who has been practising mindfulness meditation for 20 years.

"In 2004, I realised that it was being used clinically . . . [and] . . . about a year ago, a consultant in pain medicine, Dr Connail McCrorey, asked me to teach his patients with chronic pain mindfulness," says Sheahan.

So what is mindfulness meditation? To most, these words conjure up images of Eastern spirituality, incense sticks and chanting. However, while the roots of it are indeed in Hindu and Buddhist philosophies, it's use in its present form started with the work of a US molecular biologist.

Dr Jon Kabat-Zinn, a researcher who specialised in the mind-body interaction, had been practising Zen Buddhism for many years. He realised that "what he had learned in terms of coping with the difficulties in life . . . could be applied in society as a whole outside of Buddhism", according to Sheahan.

"He felt that the place where the difficulty of life is most manifest is in hospitals where people are trying to cope with disease, chronic illness, maybe even terminal illness." As a result, "he developed an eight-weeks course . . . [in which] there is no chanting, no candles, incense, etc."

The first session begins with the simple task of chewing a raisin. Most people chew and swallow it without any real memory of it having been in their mouth.

For the past year, patients referred to McCrorey for help with pain brought on by a range of problems including arthritis, fibromyalgia, cancer and injuries following accidents have been referred to Sheahan, with ages ranging from 18 to 70.

Although in its early stages, results already look promising, which backs-up published findings for patients with chronic pain.

"Kabat-Zinn found that [the patients'] level of pain was reduced after a mindfulness course . . . and it also reduced anxiety and depression." These results were maintained for up to four years, according to Sheahan.

Mindfulness has been combined with conventional Cognitive Behavioural Therapy in the UK for treating depression and anxiety. This model (known as MCBT) has also been used with very positive results at St James's.

Intriguingly, Kabat-Zinn has found that the rate of healing in patients with psoriasis undergoing ultraviolet treatment was quicker for those engaged in mindfulness practice.

•To find out more about mindfulness meditation, contact Dr Noirin Sheahan at nsheahan@stjames.ie.