New York, USA -- The Dalai Lama is teaming up with Stanford University and a multi-millionaire professor to launch a new research centre dedicated to compassion and altruism. 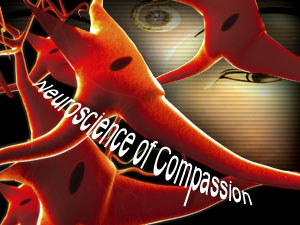 "His Holiness the 14th Dalai Lama, Tenzin Gyatso, provided $150,000 in seed money for the center -- the largest sum he has ever given for a scientific venture -- and has agreed to return to Stanford for a future visit," reads a Stanford press release.

The Dalai Lama's contribution is small change compared to the $2 million raised so far to fund the Center for Compassion and Altruism Research and Education, but other Buddhist and Catholic groups have opened their pocketbooks.
Centre director Jim Doty, a Stanford neurosurgeon who amassed a $75 million fortune working in business, knows a thing or two about altruism. He's already pledged $25 million of that to charities, including a $5.4 million gift to Stanford.

It seems the centre's goals involve not only investigating how the brain deals with compassion and altruism, but also leveraging those findings to improve people's lives.

Doty hopes the centre's research will help understand and combat childhood bullying and recidivism among prisoners. He also wonders whether the benefits of intense mediation can be more easily achieved by healthcare and corporate workers to prevent burnout, depression and anxiety.

These are all great aims, but I wonder if the centre will run into opposition from other scientists for its connection to a religious figure like the Dalai Lama.

Several years ago, the Dalai Lama gave a keynote address at the Society for Neuorscience's annual meeting, amid criticism from some members of the society. More than 1000 people signed an on-line petition questioning his credentials, though some of the opposition was probably tied to his political views on Tibetan independence.

In New Scientist, Chris Frith, a neuroscientist at University College London, expressed support - and scepticism --  for crosstalk between scientists and Buddhists.

"Why would Buddhists be attracted to neuroscience, a more down-to-earth field? Should neuroscientists return their interest? As a practising neuroscientist, my answer is: yes, up to point, but don't expect too much."
TOP