Self-help can be no help

Quick fixes often make the underlying problems worse. Letting go of the desire for self-improvement is the answer

London, UK -- "Start each day by affirming peaceful, contented and happy attitudes and your days will tend to be pleasant and successful". 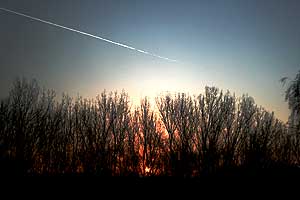 So wrote Norman Vincent Peale, author of the 1952 bestseller, The Power of Positive Thinking. Peale's prescription for contentment has been regurgitated and recycled in thousands of self-help books over the past half-century, but despite a never-ending avalanche of sales, the alluringly simple "think happy-be happy" formula hasn't made much of a dent in mental suffering. According to the World Health Organisation, depression is set to be the planet's second biggest cause of disability by 2020.

Now, a study published in Psychological Science confirms what many people have discovered from personal experience – not only do crude positive thinking techniques often fail, but for some they can be counterproductive. Researchers at the University of Waterloo in Ontario evaluated people's self-esteem levels before and after they were asked to repeat typical mantras such as, "I am a loveable person", and found that while the affirmations helped those who already felt good about themselves, they made subjects with low self-worth feel even worse.

For those of us weary of what psychiatrist Jimmie Holland calls the "tyranny of positive thinking", these results are more likely to boost our mood than ploughing through The Secret. It's not that optimism is a bad thing (it isn't), or that cultivating cheerfulness can't lead to a happier experience of life (it can), but in their eagerness to sell blanket positivity as a surefire cure for gloom, the self-help gurus miss out on a crucial first step to transformation – a willingness to accept your current circumstances.

Viewed from a Buddhist angle, self-help is an oxymoron. Any technique designed to bolster the self is bound to lead to more, not less suffering, because clinging to ego is considered the source of anguish in the first place. However, when we let go of the desire for self–improvement, we can relax with the mind instead of badgering it into well–being. By surrendering the battle with neurotic fixations, paradoxically they start to fall away, or at very least, the space created by dropping the struggle makes them seem less powerful, and loom less large.

Mature spiritual traditions tend to be good at developing this spacious mindset. Magnificent architecture, inspiring liturgies, and a community of practitioners dedicated to discovering ultimate reality, are reminders to expand beyond concerns about the self and see them in a panoramic perspective (to be "a grain of sand with gigantic eyes" as Chogyam Trungpa Rinpoche once put it). But neither is it a preserve of the religious – Richard Dawkins has written movingly of the awe to be experienced when opening up to a vast and wonderful natural world.

Crude positive thinking on the other hand, and self–help in general, tends towards the small–minded. Spawned in our materialist, consumerist culture, it locates problems and solutions within the tight confines of the individual (me, me, me!). This ignores the fact that our circumstances, and our thought patterns, are part of a wider set of causes and conditions – genetics, family history, social and economic situation, the existential limitations of birth, ageing, sickness and death – over which we may have little or no control. By telling people they can take full and immediate charge of their lives with a bit of early morning mental jiu-jitsu, advocates of positive thinking end up making some people feel even more frustrated – adding the guilt of failure to depression.

The authors of the Ontario study came to just that conclusion. Affirmations which fly in the face of facts, or negative perception of the facts, cruelly highlight the contrast between how some people would like to feel and how they actually feel. This then become another stick for self-flagellation, a reminder of all the ways in which that person feels inadequate.

Perhaps this is why the most promising new psychological treatments focus less on positive thinking and self–improvement, but on developing qualities such as acceptance, mindful awareness, wisdom and compassion. Indeed, out of five evidence-based recommendations for mental health made in the government's Foresight report last autumn, four could be considered recastings of traditional "spiritual" values – "Connect" (love others), "Keep Learning" (develop wisdom), "Take Notice" (meditate), and "Give" (be charitable). Whether you decide to view these strategies as spiritual is irrelevent – they lead to wellbeing irrespective of your take on the existence of God or the hereafter.

With his books Turning The Mind into An Ally,and Ruling Your World, Buddhist teacher Sakyong Mipham Rinpoche joked that he was trying to start a new publishing genre – "other-help" – to rival the mountains of ego–fuelling, Peale copycats stacked up at WH Smith and Waterstones. Clearly the genre has yet to takeoff, but the growing popularity of authors grounded in the acceptance approach (Pema Chödron, for example) suggests that more people are realising their minds cannot be cajoled into confidence by growling "I'm A Tiger" in front of the mirror.