Meditation can often mask a downside

Vancouver, Canada -- Tens of millions of North Americans are now into meditation; practising stillness to deal with their frantic, whirling thoughts. Most meditators' aim is to remain calm in the midst of life's struggles. 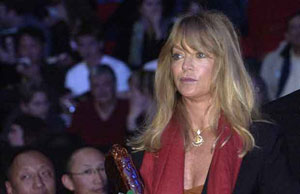 << Actress Golldie Hawn turned to Buddhism as a means of coping with the stresses of being a major Hollywood star.
Photograph by: Ward Perrin, Vancouver Sun

Instead of being buffeted about by harsh events, many meditators in Canada and the U.S. try to "detach" from their feelings and impulses, thinking that will liberate them from suffering.

A recent Vancouver Sun poll conducted by the Mustel Group found one out of three British Columbians, roughly 1.4 million people, have practised meditation. That doesn't include many more who practise prayer in a contemplative way.

I believe meditation and contemplation are generally positive responses to North America's culture of busyness.

But can meditation, contemplation and related practices encourage people to detach too effectively from their so-called negative thoughts, leading them to actually detach from life itself?

Can meditation even feed into the North American consumer society's predilection toward narcissism, which sees individuals cultivating an inflated sense of their own importance?

The potential dark side of meditation is something of which to be aware.

Douglas Todd's blog has been cited as an "Editor's Selection" by the New York Times. It can be found at www.vancouversun.com/thesearch

* NEW BOOK:
Cascadia: The Elusive Utopia - Exploring the Spirit of the Pacific Northwest, edited by Douglas Todd.
To find out more about the book, go to http://www.ronsdalepress.com/catalogue/cascadia.html