Effects of Buddhist, Chinese, and Vedic Traditions of Meditations are Different

New Delhi, India -- The ingredients and effects of The Buddhist, Chinese, and Vedic traditions of meditations are different, according to researchers. 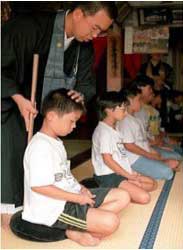 1. Focused attention-concentrating on an object or emotion;
2. Open monitoring-being mindful of one's breath or thoughts;
3. Automatic self-transcending-meditations that transcend their own activity-a new category introduced by the authors.

Each category was assigned EEG bands, based on reported brain patterns during mental tasks, and meditations were categorized based on their reported EEG.

"The idea is that meditation is, in a sense, a 'cognitive task,' and EEG frequencies are known for different tasks," said Fred Travis, co-author, and Director of the Center for Brain, Consciousness, and Cognition at Maharishi University of Management.

Between categories, the included meditations differed in focus, subject/object relation, and procedures. These findings shed light on the common mistake of averaging meditations together to determine mechanisms or clinical effects.

"Meditations differ in both their ingredients and their effects, just as medicines do. Lumping them all together as "essentially the same" is simply a mistake," said Jonathan Shear, co-author, professor of philosophy at Virginia Commonwealth University in Richmond, and the author of several books and publications on meditation.

Dr. Travis said: "Explicit differences between meditation techniques need to be respected when researching physiological patterns or clinical outcomes of meditation practices. If they are averaged together, then the resulting phenomenological, physiological, and clinical profiles cannot be meaningfully interpreted."