Religions and Worldviews  the intimate connection

Colombo, Sri Lanka -- The word ‘worldview’ (in German Weltanschauung, in Sinhala Chinthanaya) denotes the fundamental orientation of a society or civilization in dealing with the problems and challenges of the world – its basic attitudes on how man ought to interact with his fellows and the world so as  to ensure general beneficence for the living and  protection for the environment that supports him and his fellow-creatures. In translating this professed lofty ‘philosophy’ into practical action, what is deemed good for some may multiply misery for others. This is the great challenge for mankind in our current age. 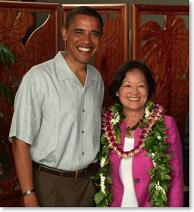 There is no universally agreed worldview – a source of great misery for mankind. It is a well-recognized fact that the Abrahamic Religions – Christianity, Islam and Judaism – prescribe a worldview (or incorporates this in their Gospels as a foundational assumption) that has the necessary implication that the ‘World was made for Man’.  It follows from this ‘thesis of bequeathal’ that he (mankind) has ‘custodial status’ so far as the Earth and all its goods are concerned. Contrast this ‘view’ with the modern scientific understanding that our Planetary abode is, in every sense, prior to man and  and indifferent to his pretensions of glory.  His true status (arguably) is that of an intruder out of harmony with the inalienable rhythms of nature.

That this grandiose posture – the Abrahamic encounter with the world – has brought civilization to a crisis is now acknowledged by all impartial thinkers. It is clear that we will stagger from crisis to crisis if present trends continue. Not only will our Planet and the life therein succumb to a thousand crises of this ‘anthropogenic’ kind but horrendous misery will prevail worldwide when this unfortunate  human ‘adventure’ draws to a close.

That there are other worldviews – notably the Buddhist – that offer hope  and generous living for mankind – is known abstractly by a few but has no ascendancy in shaping a globally dominant worldview. Contemporary Buddhist nations practice an Abrahamic realpolitic even if its citizens are ritualistically devout - as they lack the power and the momentum to change a world moving inexorably under the force of a world-order that has the ruling monotheistic ideologies deeply entrenched in the agenda of political action.

Indeed, it is the helplessness of those outside the Abrahamic tradition to influence the course of global events that is the greatest tragedy of our day and age. While Buddhism as a healing spiritual force is known to the compassionate elite across the world, this force is still outside the framework of global politics.

That ‘opponents’ are wicked and must be punished is the prevailing ethos of the Abrahamic worldview. Relations between nations are modeled on the Abrahamic understanding of interpersonal relations – that some are good while others must be punished ‘for disobeying God’. The concepts of  ‘Evil Empires’. and ‘Pariah States’ arise from a worldview that is hardly tenable today.

How can a Buddhist rethink on these fundamental matters be actively canvassed by those who hope to influence the wielders of Global Power? How can a new worldview work its way into the minds of a ruling  elite brainwashed over long centuries to ignore the enlightened and compassionate teachings of Eastern Religions and to hew to an Abrahamic tradition in world affairs that has caused so much misery to mankind?

The answer is simple – even if its practical realization seems at the moment to demand a measure of luck and foresight that seems unattainable given the asymmetric distribution of power in our world. We must have exponents of a Buddhist world-view sitting ‘cheek-by jowl’ with Presidents and Prime Ministers of the Western Imperium that currently steer planetary affairs. A Senator of the caliber of Edward Kennedy in the US Senate expounding to his Nation and the World on the need to fundamentally rethink the Abrahamic underpinning of the global chaos we witness would have been a great leap forward for mankind.

Thinking on these lines we note that there is now a newly elected Senator in this august assembly that can – perhaps – play this role.  Is she wise enough? Is she learned in the Teachings of the Compassionate Buddha? Above all, has she the drive and the charisma to launch the ideological revolution that will change the world for the better? Surely a great miracle and unsurpassable gift to humanity if all these questions can be answered in the affirmative.