Ethics and the non-religious essence of Buddhism

Colombo, Sri Lanka -- Ethics is essential for religion, but religion is not essential for ethics. In other words, although religion cannot do without ethics, ethics can do without religion. The religious will challenge this statement, but the non-religious will have no difficulty in agreeing with it. For the average readers, it may be a confusing, contradictory assertion by someone who has no clear understanding of what he or she is talking about. 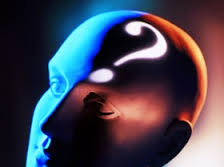 This is natural because the key words used in my proposition, ‘ethics’, ‘religion’, ‘religious’, and ‘non-religious’ can mean various things to various readers unless I make clear in what sense I am using them here. This is why I normally try to define the meanings of the principal words that I require to use in a particular discussion, or why, alternatively, I take care to make them explicit by other means. So, it is essential here for me to define the meaning of each one of the above four words in the context in which I am going to use them.

Let dictionaries help us explain the meaning of the words religion and ethics as relevant to our discussion: A religion is the belief in and the worship of a superhuman controlling power, especially a personal God or gods” or a particular system of faith and worship” (from The Oxford Dictionary); a religion is Belief in and reverence for a supernatural power or powers regarded as creator and governor of the universe” or A personal or institutionalized system grounded in such belief and worship” (according to the online Free Dictionary); another dictionary (the Meriam-Webster Dictionary) defines religion as the belief in a god or in a group of gods” or an organized system of beliefs, ceremonies, and rules used to worship a god or a group of gods”. It is clear that there is general agreement about the meaning of the word religion between these three dictionaries. My own attempt at defining ‘religion’ in a previous article was: ‘A religion is a system of devotional practice and ethical conduct based on a doctrine that advocates belief in a creator god’.

Turning to the next word ‘ethics’,  we note that ‘ethics’ is defined as a social, religious, or civil code of behaviour considered correct, esp that of a particular group, profession, or individual” in The Collins English Dictionary. The American Heritage Dictionary of the English Language more or less repeats this: It defines ethics as The rules or standards governing the conduct of a person or the members of a profession: medical ethics”. There is nothing here to suggest a vital link between religion and ethics.

Believers of dogmatic religions hold that people who don’t share the moral principles of their respective religions are misguided and immoral. They act as if they have a monopoly over moral and spiritual values. It is easy to show that such totalitarian notions are not supported by evidence. There are as many brands of religious morality as there are religions; one’s morality is another’s immorality.

The concept of ethics in the West did not begin with a particular religion extant there today. The English word ‘ethics’ itself derives from Latin ‘ethicus’ from Greek ‘ethikos’ from Greek ‘ethos’ meaning ‘custom’. It is Aristotle (384-322 BCE)’s term for an area of study that deals with the good of the individual as distinct from the good of the Greek ‘polis’ (city-state), which is the focus of his politics. Ethics was first developed by his teacher Plato and Plato’s teacher Socrates.

Civilization involves the regulation of the personal conduct of the individual and the collective behaviour of the individuals that form a society for the common good. The sort of behavioural norms (moral principles or ethics) at the individual and community levels that best guaranteed the fulfillment of the basic needs of food, physical protection, sense of security, communal cooperation and cohesion, and species survival  emerged even before the advent of human language. Language had to come before religious thinking was possible. So, ethics preceded religion in human history.

The secular Aristotelian concept of ethics as the body of moral principles that guide the behavior of an  individual as a social being must have influenced religious thought especially in the middle-eastern countries in the later ages during which organized religions developed. And we know with Einstein that ethics is human, not divine  (for his view was that …. Morality is of the highest importance – but for us, not for God.”).

Buddhist ethics (‘sila’) predates even Socrates. But Buddhism is not a religion in terms of the definition given above, because a doctrine that does not advocate unquestioning belief in a creator god  worthy of worship cannot be called a religion. The central teaching and practice of Buddhism (the Four Noble Truths) does not admit of faith in or worship of such a being. Pristine Buddhism is free from the element of worship and prayer.  Worship of any kind does not figure in core Buddhism, which is common to both the Mahayana and the Theravada traditions; since one must end one’s own suffering through one’s own efforts, there is no need to offer prayers to an outside power. Unfortunately, Buddhism in popular practice is a different thing. It is today displayed by most followers as a religion.

Just as Buddhism is not a religion, it is not a science in the strict sense of that word, though of course its philosophy and its psychological insights and practices qualify it to be recognized as a ‘contemplative science’ (as Sam Harris, a neuroscientist and student of Buddhism describes it). It is true that Buddhism advocates rational thinking as evidenced by the Buddha’s advice to the Kalamas. The Four Noble Truths that form the nucleus of Buddhism are based on a mode of contemplative wisdom that corresponds to the scientific method that developed in Europe from the 17th century onwards. A very simplified formulaic expression of the scientific method would include the four basic steps of identifying a problem, formulating a hypothesis or conjecture, testing the hypothesis empirically, and arriving at a conclusion. But according to Buddhism rational thinking alone is inadequate for the realization of the ultimate goal of Nibbana (final release from suffering). The reason for this is that while science is concerned with understanding the laws that govern the apparently infinite observable world of phenomena, Buddhism is concerned with human subjectivity. And its truths are to be psychologically experienced, rather than objectively demonstrated as in science.

Sam Harris writes (2006): ….  the Buddhist tradition, taken as a whole, represents the richest source of contemplative wisdom that any civilization has produced. In a world that has long been terrorized by fratricidal Sky-God religions, the ascendance of Buddhism would surely be a welcome development. But this will not happen. There is no reason whatsoever to think that Buddhism can successfully compete with the relentless evangelizing of Christianity and Islam. Nor should it try to”. (If interested, please google for the article ‘Killing the Buddha’ by Sam Harris.

Our ideal should be an enlightened world uniformly informed by secular ethics without the bane of religion. The Buddhist teaching is largely compatible with this notion. But to survive in a religion-dominated world, however, Buddhism must divest itself, as far as possible, of its extraneous religious accoutrements, and reveal its practice-based non-religious essence.

The Buddhist teaching does not force anyone to accept it without free inquiry. It invites those interested to come and see (for yourself)”. The present Dalai Lama (His Holiness the XIV Dalai Lama) makes this very clear in his book ‘The Heart of the Buddha’s Path’ (Thorsons, London, 1999):

"I am a Buddhist and my whole way of training is according to the Buddhist teaching or Buddha Dharma.  Although I speak from my own experience, I feel that no one has the right to impose his or her beliefs on another person. I will not propose to you that my way is best. The decision is up to you. If you find some point which may be suitable for you, then you can carry out experiments for yourself. If you find that it is of no use, then you can discard it."