Creation debate rather irrelevant to Buddhism

Toronto, Canada -- Many American school districts are currently debating whether Intelligent Design should be taught as part of the science curriculum. Intelligent Design, if you haven't been following this latest skirmish in the culture wars, is Creationism all dressed up for polite company. 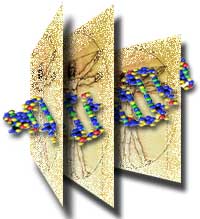 The argument between creation and evolution began almost as soon as Darwin published The Origin of Species, and it is still going strong.

This is a debate, however, that doesn't engage all religious traditions. For Buddhism, it is pretty much irrelevant. Although the Buddhist religion has a rich store of myths and stories, it is not dependent on a specific cosmological narrative.

What's more, much of Buddhist philosophy is actually opposed to the idea of creation by a supreme being. This is because it would introduce an arbitrary element (will of a creator) into an otherwise orderly universe.

As the Dalai Lama said recently, "On the philosophical level, both Buddhism and modern science share a deep suspicion of any notion of absolutes, whether conceptualized as a transcendent being, as an eternal, unchanging principle such as soul, or as a fundamental substratum of reality. Both Buddhism and science prefer to account for the evolution and emergence of the cosmos and life in terms of the complex interrelations of the natural laws of cause and effect."

But there is another side to it. Although Buddhism has no interest in Creationism, that doesn't mean it supports a mechanistic view of human existence.

There is a spiritual dimension of our lives that is very difficult to explain away in materialist terms. To cite a problem that is recognized in the Western philosophy of mind, the emergence of consciousness is very hard to account for in strict Darwinian terms. An organism must avoid predators and other perils, while finding food and mates, in order to pass on its genes. An automatic stimulus-response mechanism ought to do that more quickly than one which has the added complication of subjective experience.

Darwinian natural selection accounts for quite a bit, but can it explain everything? The theory is sometimes pushed too far, as, for instance, by the attempt to account for human behaviour in strictly Darwinian terms, a philosophy sometimes called socio-biology. Much of what we do as individuals, and as a species, cannot be explained in this way.

For instance, in Buddhism and other religious traditions, many thousands of men and women in each generation choose a path of celibate spiritual practice.

Obviously, these people leave no genes and in Darwinian terms, the impulse to monasticism should have been selected out of the race in one generation.

The same Buddhist text that rejects the idea of a creator as arbitrary goes on to reject another form of arbitrariness: so-called random arising. It is noteworthy that selection between random mutations is key to evolutionary theory. There is something a little unsatisfactory here. Reliance on randomness is no better, really, than saying, "That's the way it is because God made it that way."

Speaking speculatively, perhaps there is some underlying direction to evolution. Perhaps consciousness itself is continually seeking out a more suitable physical vehicle.

Creationists love to point out flaws in the theory of evolution, with the strange assumption that if they can find any problem at all with Darwin, then it means Genesis must be literally true.

It hardly needs saying that this is an absurd non-sequitur. But absurd or not, it has had the unfortunate effect of shaping and hardening the debate about human origins for decades.

The possibility that there may be other options, or even nuances, barely gets a hearing.