Bangkok, Thailand -- Buddhist leader Chamlong Srimuang’s dramatic weekend renunciation of his political protege Prime Minister Thaksin Shinawatra amounts to a symbolic slap in the face, but analysts said it remains unclear if it would hasten the premier’s exit. 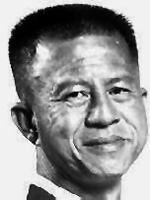 The former Bangkok governor’s calls for Thaksin to resign are significant for two reasons: Chamlong led the bloody May 1992 demonstrations that toppled the dictatorship of Suchinda Kraprayoon, and he personally invited Thaksin to enter politics in 1994. Due to these two events, some analysts say that his presence at the February 26 anti-government rally will surely seal the premier’s downfall.

Others, however, say that Chamlong’s once exemplary reputation has slumped since more than 40 protestors died in the Black May uprisings of 1992. In addition, his somewhat bizarre campaign to prevent Thai Beverage from listing on the Stock Exchange of Thailand (SET) has led many to believe the so-called moral leader has a hidden agenda.

“Chamlong’s reputation is not what it used to be, especially after the whole Beer Chang business,” said Prudhisan Jumbala, a political scientist at Chulalongkorn University. “One may suspect that he has come in to control the events or steer the allied front in some way… There seems a bit of a bluff here, and Chamlong’s bluff is what people are afraid of. But for the ordinary man on the street, they will say it’s a positive thing for the democracy allies.”

For sure, Chamlong commands the respect of thousands of hard-core Santi Asoke followers who are particularly adept at protesting. They have demonstrated a willingness to sit for long hours, chant slogans at the top of their lungs and sleep on concrete if necessary.

Just last month, Chamlong and some 1,000 members of the Buddhist sect camped outside of the Securities and Exchange Commission (SEC) and demanded the market regulator make a final decision on whether to let alcohol manufacturers list on the SET. After sleeping on the streets for several nights, the protestors finally went home after realizing the media and the SEC were not paying attention to them.

Reputation aside, Chamlong’s presence at next Sunday’s rally will add some flair to the proceedings. His anti-drinking protests have drawn tens of thousands of passionate protestors who are guided more by a sense of morality than any selfish motives.

And though Chamlong’s explanations for keeping Thai Beverage off the SET often raise more questions than answers, his efforts have been successful. The market regulator has dragged its toes for more than a year regarding Thai Beverage, prompting the large alcohol manufacturer to look to the Singapore Exchange.

“Chamlong’s presence will make the rally more forceful and powerful,” said Kiatichai Pongpanich, a renowned political columnist with the Thai-language daily Khao Sod. “What I’m afraid of is the atmosphere of confrontation. Things happen, like in 1992.”

Chamlong’s presence in the anti-government rally will naturally invite comparisons to 1992, even though the current situation is very different.

But now Sondhi has passed the torch, and some see Chamlong as late to jump on the bandwagon.

“Chamlong’s just another vulture,” said a government adviser, speaking on condition of anonymity. “All of these people are just speaking up because they think Thaksin is about to fall, but he won’t be going away that easily.”

If anything, Chamlong’s presence represents the diversity of the anti-government movement.

While many agree that Thaksin should go, they disagree on what should follow. Some want new elections, others want constitutional tinkering, and still others want the Constitution torn up and rewritten.

Thaksin himself has tried to throw his hat in this ring, offering to fund university research into amending the Constitution and threatening to dissolve Parliament if the political situation worsens. “We need to talk about political reform and economic justice, and so far the democracy coalition has not raised those issues because they don’t want to fall out with the conservative middle class,” said Giles Ungpakorn, a political scientist at Chulalongkorn University. “My concern is that any move to get rid of the government should replace it with something that better reflects the wishes of the people. Then real political reform can start to take shape.”