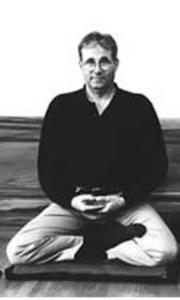 Lew, 65, apparently died while on a jog, said Rabbi Micah Hyman, who leads Congregation Beth Sholom, the Richmond District synagogue from where Lew had retired and was still rabbi emeritus.

"It's a huge, huge loss," Hyman said. "In our community, the wave of shock is just beginning to take effect."

Lew's coming of age as a Jew actually happened as he sought to deepen his Zen Buddhist practice. Disillusioned by the Judaism he'd experienced as a child, Lew was considering becoming ordained as a lay Buddhist priest, according to a 1995 interview that was published in the J., a weekly newspaper serving the Bay Area Jewish community.

But he found himself unable to sew a priestly garment while on a retreat in the 1970s at Tassajara, a Zen center in Carmel Valley.

As he meditated on that resistance, Lew told the J. that "there was some sense of conflict between my being ordained as a Buddhist with my being Jewish." It became a turning point, leading Lew toward Judaism, and ultimately to rabbinical school.

In 1991, Lew became the rabbi at Congregation Beth Sholom, a Conservative synagogue where he would broaden the definition of Jewish practice and include meditation. There is a meditation room at the synagogue.

"He taught us that the meditation that was part of our heritage," said Marilyn Heiss, 54, a member who meditates. "He learned his meditation from Zen, but made it an integral part of Jewish practice."

Lew also was a forceful advocate on social justice issues. He would personally come to protest executions at San Quentin, and argued at City Hall on issues relating to poverty and homelessness, Hyman said.

In a 2007 opinion piece he penned for The Chronicle, Lew said the demonization of the homeless in San Francisco was misguided and delusional.

"We decry them for defecating in the streets and leaving needles in the park, without bothering to ask ourselves what public policies brought them to such a degraded position," Lew wrote.

On Monday, Lew had been on the East Coast teaching other rabbis. He'd said his morning prayers, led a meditation and then went for a jog, said Hyman, who said it was a glimpse into the practice and breadth of his spiritual life.