Buddhism beyond the nation state

London, UK -- Concern with the limitations imposed by presuming contemporary geo-political divisions as the organizing principle for scholarship is not new, nor is it limited to Buddhist studies. Jonathan Skaff opens his recent Sui-Tang China and Its Turko-Mongol Neighbors: Culture, Power, and Connections, 580–800 by quoting Marc Bloch’s 1928 address to the International Congress of Historical Sciences (1928): “It is high time to set about breaking down the outmoded topographical compartments within which we seek to confine social realities, for they are not large enough to hold the material we try to cram into them.” 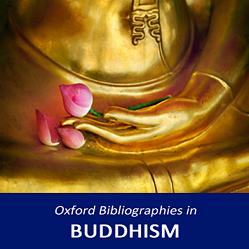 Skaff is not alone in his intention to overcome “the normal practice of professional historians to take the nation-state as the primary unit of analysis.” At the recent Association for Asian Studies (ASA) conference, four scholars, each in their own way, spoke to the constraints imposed by privileging geo-political categories as the structures by which Buddhism is apprehended, raising issues directly relevant to the discussions made here regarding the rhetorical and lexical consequences of categorizing Buddhism according to the convenient artifice of the nation-state.

They propose instead to explore Buddhism in the broader context of Asian history as a civilization that introduced new social institutions and languages, established new agricultural technologies and trading relations, and transformed the environment beyond national borders and ethnic categories.

Reflecting on the problematic organizational hierarchy of contemporary Buddhist studies, which employs regional categories based on the ‘area studies’ model subdivided further into national categories, David Gray (University of Santa Clara) questions the category Tibetan Buddhism. In his essay “How Tibetan is Tibetan Buddhism? On the Applicability of a National Designation for a Transnational Tradition,” he points out that today there is no Tibet to which this label can refer.

Additionally, arguably the majority of practitioners of “Tibetan” Buddhism neither are ethnic Tibetans, nor do they speak or read Tibetan. More significantly, while Tibetans considered themselves Buddhists and had a sense of Tibet as a distinct geo-political category, “they simply did not conceive of their tradition in nationalistic terms.” Since there is no equivalent for “Tibetan Buddhism” in premodern Buddhist literature from Tibet, Gray suggests “Vajrayana.”

This is itself an emic category (rdo rje theg pa), and also identifies a form of Buddhism that stretches across many national boundaries. Thus, it allows for further designation as needed, but without precluding meaningful comparisons. For example Kukai and Tshong Khapa can be juxtaposed as Vajrayana teachers, rather than separated as Japanese and Tibetan respectively.

Anya Bernstein (University of Michigan) further examines the way in which Buddhist social identities can be both formed by and recognized in terms of lineage and reincarnation, rather than nationality or ethnicity. In her essay “Indigenous Cosmopolitans: Mobility, Authority and Cultural Politics in Buryat Buddhism,” she focuses on two ethnically Tibetan monks from the (new) Drepung Monastery, who are recognized by Buryat Mongolians as having Buryat “roots.” The first is a reincarnated Buryat lama who had gone to Tibet in the late 1920s and died while incarcerated by the Chinese. He reincarnated in a Tibetan expatriate family in Nepal, and is now a member of the Drepung monastery. The second was the disciple of a Buryat monk. Both lineage and reincarnation serve to establish connections with the Buryat Buddhist community on bases distinct from nationality or ethnicity.

That the convenient nation-state model is inadequate for an accurate in-depth understanding of Buddhism in the context of Asian history is also made obvious by Tansen Sen (Baruch College, City University of New York). Focusing on the works of several figures from the 1920s and 1930s, Sen shows that the idea of peaceful cooperation between India and China on the basis of Buddhism was invented by projecting back the contemporary nation-states into the ancient past. The consequence of constructing this imaginary history is that the contributions of all the other peoples - Sogdians, Tokharians, Uighurs, and so on - were left out. Instead we find “simplistic models and misperceptions that continue to have considerable impact on contemporary views about the pre-colonial interactions between South Asia and the region that is now within the borders of the People’s Republic of China.”

While the epistemological issue of contemporary intellectual concerns molding historiography is well-recognized, Sen reveals something more blatant. The political goals held by individuals in the early twentieth century created a pan-Asianist rhetoric, including a mythology of peaceful relations between two continuously existing unitary nations. The representation is false on both counts; not only were the relations not peaceful, but the contemporary nation-states also do not constitute continuous political entities stretching back to the second century CE. This representation was created to serve divergent political purposes. When the goal was resistance to the European colonial powers, Japan was included as part of the pan-Asianist rhetoric. When the goal was China requesting India’s help in resisting Japan’s invasion, the rhetoric was restructured to emphasize only the Buddhist connection between these two countries.

Johan Elverskog (Southern Methodist University) has addressed the ecological impact of Buddhism across the entire landscape of Asia in a paper entitled “The Buddhist Exchange: Irrigation, Crops and the Spread of the Dharma.” The term “exchange” here, borrowed from environmental studies, refers to the way expansion of human societies transforms the environment by transmitting new crops and agricultural technologies from one region to another.

Clearing the misconception of Buddhism as inherently environmentally friendly, a “green” religion, Elverskog then provides a panoramic overview of the impact of the expansion of Buddhism across the entirety of the Asian continent. The expansion of the monastic institution was not simply a “religious” event, but included introducing wet-rice agriculture, and irrigation technologies into new regions. This affected vast regions across Asia, simultaneously creating population growth and the conditions for urbanization. Seen thus, Buddhism is not only a collection of abstruse doctrines, but a complex social institution affecting people’s lives and transforming the environment in very concrete ways across national boundaries.

As organizing principles, lineage and reincarnation can work across ethnicity and nationality. “Tibetan Buddhism” is neither emic to premodern Tibet, nor does it identify a presently existing nation-state, nor were the forms of Buddhism called “Tibetan” ever delimited by either ethnic or national boundaries. The mythology of Buddhism as a peaceful bridge between India and China ignores the important roles played by other groups that were the links between the two.
The Buddhist civilization that spread across Asia brought new crops and new technologies. The categories that have long served to organize Buddhist studies have been largely based on nation-states, giving us such familiar categories as Chinese Buddhism, Thai Buddhism, Korean Buddhism, or Tibetan Buddhism. The recent work by these scholars and others reveal that such categories are problematic. While there may be particular research programs for which they are appropriate, they cannot simply be presumed and used by default.

-----------
Richard K. Payne is the Dean of the Institute of Buddhist Studies at the Graduate Theological Union, Berkeley; serves as Editor-in-Chief of the Institute’s annual journal, Pacific World; is chair of the Editorial Committee of the Pure Land Buddhist Studies Series; and is Editor-in-Chief of Oxford Bibliographies in Buddhism. He also sporadically maintains a blog entitled Critical Reflections on Buddhist Thought: Contemporary and Classical.