Book Review: Zen and the art of eating

Johannesburg, South Africa -- IT all began with a big bone, on a plate of mashed potatoes. It was merely a cutlet, but it was the first time that Louis van Loon had been confronted with meat looking like this. Recently arrived in South Africa from post-war Netherlands where he'd only ever had meat presented as a sausage or out of a tin, it was an awakening that cemented his vegetarianism. 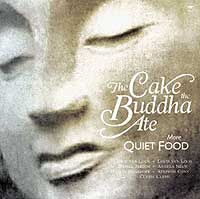 Van Loon later founded the Buddhist Retreat Centre in Ixopo that looks across the rolling hills that Alan Paton in Cry, The Beloved Country famously described as "lovely beyond any singing of it".

Van Loon spent a lot of time in various monasteries in the East and West where the "overwhelming experience was the unpalatable, unhealthy food they offered - particularly those claiming to adhere to a vegetarian diet". So, in starting the centre he was determined that his kitchen would be a showpiece of vegetarian excellence.

He seems to have cracked it, because at the launch of this, the centre's second cook book, one regular retreatant declared her visits, "weekends of good eating interrupted by meditation".

That may be pushing it a bit as Buddhist philosophies are taken very seriously there. Not only that, but some meals are taken in silence which means there's plenty of head space not filled with idle chatter to consider the quality of what you are eating.

Resident cook Daniel Jardim spent 10 years in the UK studying holistic nutrition, so we're not talking token gestures. And there's a sense from Jardim, who also gives workshops, that food preparation is as sacred an art as Japanese brush painting, which Van Loon also teaches.

Soups are big at the centre. Like the Butter Jade Soup made with home-grown avocados. The page describing a salad of marinated wakami and cucumber, called Tokyo Ribbons, is accompanied by journalist Stephen Coan's haiku:

Stories, poems and anecdotes pepper the pages but don't detract from the content. Gogo Fra's Phyllo Fantasy, a mushroom, nut and spinach strudel (named for one of the team of kitchen goddesses for whom it's a special favourite) is accompanied by a poem by storyteller Dorian Haarhoff that starts:

The monks walked their rough sandals
door to door in the morning, unwrapping their begging bowls
from the belly of their robes

Make these dishes a few times and you'll probably memorise the poems too.

Yet it's not without humour - the especially popular tea-time snacks (meditation can be hungry work) are called Cry, the Beloved Crunchies. Cake, as they call it, is a collaborative book that doesn't stint on creativity. Angela Shaw's photographs are beautiful and Chrisi van Loon's "overseeing" is perfectly balanced.

And the title? Mystifying when you think that the Enlightened One only ever ate roots, fruits and leaves, if at all, so what's with the cake? Well, it's a great story, involving the cook and the potter, but you'll have to buy the book to find out.