London, UK -- Despite the long-term decline in the west in churchgoing, people's yearning for some kind of transcendence appears as strong as ever, echoed in the common refrain: "I'm not religious but I am spiritual." 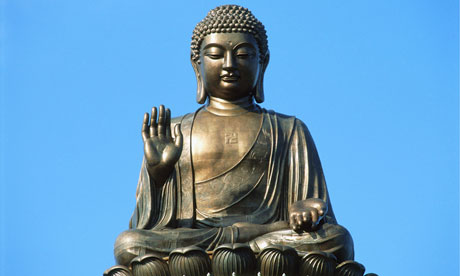 Buddhism seems well placed to capitalise on this pent-up demand in the spiritual market. It appears to promise all the goodness of religion without the harmful supernatural additives. Even better, scientists in white coats are increasingly being wheeled out to show that it is clinically proven to increase happiness, improve attention and reduce stress. Add a charismatic CEO in the form of the Dalai Lama and you have a brand set not so much to conquer the world as win it over with loving kindness.

But is Buddhism really as amenable to the modern mind as it is claimed? More specifically, asks philosopher Owen Flanagan in his brilliant The Bodhisattva's Brain: Buddhism Naturalized, can Buddhism be made compatible with a view that posits the existence of nothing other than the natural world, in which objects can be moved by gravitational forces but not karmic ones?

Refreshingly, Flanagan accepts that such "naturalised" Buddhism would not be "authentic", not only because, like all religions, it comes in numerous variants anyway, but because historically it has just been too infused with "mind-numbing and wishful hocus pocus". But if you subtract this "superstition and magical thinking", are you left with a valuable, truthful set of practices and beliefs?

What makes this book so important is not so much its cautiously affirmative answer but how it is justified. To make his case, Flanagan has to address issues concerning the nature of self, what recent neurological research tells us about human wellbeing, and what it means to be happy and live a good life. Much has been written about all of these in recent years and almost all of it is confused, misleading, simplistic or all three. Anyone looking for an antidote to this sloppiness will find it in Flanagan, who brings much needed clarity, insight and sophistication to the debate. Flanagan explains why excitable claims that Buddhist practice makes us happy, wealthier and wiser are premature and that research to date is extremely limited both in its sample size and in what conclusions it justifies.

Such sober scepticism cast a dark shadow over my reading of Meditating Selflessly: Practical Neural Zen . In essence it is a how-to guide for Zen meditation, and as such it does its job pretty efficiently. But James H Austin makes just the kind of exaggerated claims that Flanagan deflates. We are told time and again how Buddhist meditation brings incredible mental clarity and insight, but if that's true, why aren't more top scientists and intellectuals Buddhists? The obvious point that is not perceived with much clarity at all by Buddhism's proponents is that only certain types of seeing, if any at all, are improved by meditation, mostly concerning the impermanent nature of self.

The other vice Austin betrays is the liberal use of neurological research where it is inconclusive or irrelevant. Given that no one doubts meditation changes your mental state, pointing out that fMRI scans reveal changes in the brain too is hardly revelatory. This kind of stating the obvious reaches its apotheosis when Austin points to the startling discovery that in research into mindfulness meditation, which is largely about directing attention, data "tend to point" to brain areas that are – guess what – "related to the regulation of attention". To be fair, as I held the book at such moments, the wisdom of another of Austin's repeated recommendations hit me with remarkable clarity: I ought to learn to let go.