Revisiting a Classic: 'Your Money or Your Life'

NEW YORK, USA -- There are countless personal finance books that advise readers on budgeting, investing and paying down debt. Few leave the tips aside and ask you to question your relationship with money and the reasons you spend what you do. 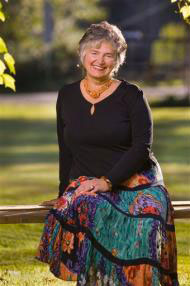 "Your Money or Your Life," urges readers to re-examine everything about their financial lives through a less materialistic lens. Originally printed in 1992, the classic title has been updated and reissued at a time when the frugality it advocates might look much more appealing.

The book encourages readers to shed the viewpoint that more is always better, and offers nine steps that have the potential to help drastically reduce expenses and reshape the role that money plays in your life. Some of the steps are time consuming, like determining how much you've earned during your lifetime and producing an inventory of everything you own. And some, like determining your "real hourly wage" — by factoring in how much time and money you put into your job when you're not at work — can be eye-opening.

The Associated Press talked with co-author Vicki Robin about the philosophy behind "Your Money or Your Life," and what it has to offer in today's economy.

Q. Do you think the book's emphasis on living within your means has a new relevance in the current economic climate?

A. People have leveraged themselves to the hilt and are in shock that the system has let them down. I think the book provides a very helpful framework for people to take stock, and begin to track the flow of money and stuff in their lives, so they can get a clear picture of their relationship with money.

I don't mean to imply that people have been drunk, but in a way, debt has been sort of a binge. In the old days, we could binge all the way until we were out of money. With the advent of credit cards, we could binge with nobody watching. But what do you do when you wake up on Jan. 2 and realize you made a fool of yourself? You have to forgive yourself, take stock of where you are. You need to make some amends, and make some resolutions. I would really love it if people chose this moment to ask themselves where they are and where they want to go.

Q. You state that the nine steps outlined in the book can help reduce expenses an average 20 to 25 percent. How is that possible?

The key to that reduction, is that when people determine their real hourly wage, on average they find that 20 to 25 percent of their nominal wage is their real hourly wage. Once people start paying attention to that, they start to look at the small, unconscious daily luxuries, and the bigger things. Every aspect of one's expenses comes into the "Is it worth it?" scrutiny, not necessarily the belt-tightening scrutiny.

Q. Is it really possible to convince people to step back from the consumer-driven idea that "more is better"?

I think this has been educated into us and I think we can easily educate it out of us. But politically and socially, it's going to be a tough row to hoe.

Q. Another concept you challenge is the idea that people define themselves by their jobs. What's wrong with identifying yourself through your work?

A. We're trying to break the stranglehold of identification with only compensated work. I think it dishonors the many other things that people do that are not compensated for financially.

There's many roles that we assume in life: sister, brother, mother, father, daughter, son, worker, community member, friend, volunteer. So we're just suggesting to not say I am a (profession) in such a way that it devalues the rest of your life. If you start valuing everything in your life, then you start realizing that your work is not everything. So you can make sure that you have enough hours of the day for other things that are important to you.

Q. Your book has been criticized as presenting a New Age, "hippie" or "tree-hugger" philosophy that many might find hard to embrace. Are you concerned that could limit its reach?

Q. You don't give a lot of specific financial advice in the book. Does it contain anything for people who don't follow all nine steps?

A. Most people don't follow the whole program. But people frequently say it changed their life. One woman said she didn't realize until she did an inventory of her closet that she had many, many white blouses. She realized that every Friday after work, she'd go to the store and she'd buy herself a pretty blouse, because she "deserved it." If it's only that, if you read the book and wake up to a shopping habit, it's enough. Even if you stick a toe in the water, some realization happens. What we're simply trying to add to the conversation is that your own awareness of what makes you happy and what you spend your money on is important.