God did not create the universe, says Hawking

LONDON, UK -- God did not create the universe and the “Big Bang” was an inevitable consequence of  the laws of physics, the eminent British theoretical physicist Stephen Hawking argues in a new book. 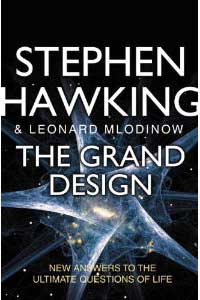 In The Grand Design, co-authored with US physicist Leonard Mlodinow, Hawking says a new series of theories made  a creator of the universe redundant, according to the Times newspaper which published extracts today.

“Because there is a law such as gravity, the universe can and will create itself from nothing. Spontaneous creation is  the reason there is something rather than nothing, why the universe exists, why we exist,” Hawking writes.

“It is not necessary to invoke God to light the blue touch paper and set the universe going.”

Hawking, 68, who won global recognition with his 1988 book A Brief History of Time, an account of the origins of the universe, is renowned for his work on black holes, cosmology and quantum gravity.

Since 1974, the scientist has worked on marrying the two cornerstones of modern physics — Albert Einstein’s General Theory of Relativity, which concerns gravity and large-scale phenomena, and quantum theory, which covers subatomic particles.

His latest comments suggest he has broken away from previous views he has expressed on religion. Previously, he wrote that the laws of physics meant it was simply not necessary to believe that God had intervened in the Big Bang.

He wrote in A Brief History ... “If we discover a complete theory, it would be the ultimate triumph of human reason — for then we should know the mind of God.”

In his latest book, he said the 1992 discovery of a planet orbiting another star other than the Sun helped deconstruct  the view of the father of physics Isaac Newton that the universe could not have arisen out of chaos but was created by God.

“That makes the coincidences of our planetary conditions — the single Sun, the lucky combination of Earth-Sun distance and solar mass, far less remarkable, and far less compelling evidence that the Earth was carefully designed just to please us human beings,” he writes.

Hawking, who is only able to speak through a computer-generated voice synthesiser, has a neuro muscular dystrophy that has progressed over the years and left him almost completely paralysed.

He began suffering the disease in his early 20s but went on to establish himself as one of the world’s leading scientific authorities, and has also made guest appearances in “Star Trek” and the cartoons “Futurama” and “The Simpsons”.

Last year he announced he was stepping down as Cambridge University’s Lucasian Professor of Mathematics, a position once held by Newton and one he had held since 1979.

The Grand Design is due to go on sale next week.