Kuala Lumpur, Malaysia -- FROM Myanmar to Tibet, Buddhist monks have of late thrown themselves into the spotlight in their crusade for peace and justice. Live Mantra is, therefore, a rather timely release and a tribute to the righteous and peace-loving men and women in robes. 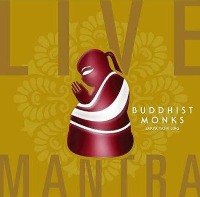 The voices on the recordings belong to members of the Ngagpa Assembly of Sakya Tashi Ling, the body that unites Ngagpa monks.

Interspersed with the chants are vocals and guitar riffs which give a popish feeling to the 13 songs.

The lyrcis explain clearly the philosophy of Buddhism, which I think can be applied to anyone regardless of their beliefs. Songs such as The Other Side, River of Light and Mystic Eyes are easy listening stuff while Urban Buddhism is a fast-paced tune. Generally, most of the songs have a calming and soothing effect.

I don’t think this album will be everyone’s cup of tea but the good thing about it is, the proceeds from this album go to social, cultural and environmental projects run by Sakya Tashi Ling.