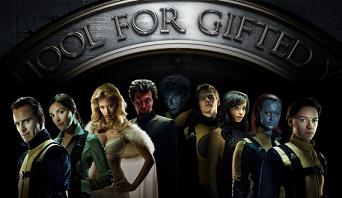 Many Buddhists and non-Buddhists alike have the misconception that the Middle Path is simply the balancing point between any two pair of opposite qualities. However, this is not so. Serenity is already a quality of the Middle Path. Think the serenity of the Buddha, who also has supernormal powers of mind over matter.

Without losing his deep peace of mind, the Buddha can summon his focus accordingly with compassion and wisdom to express his super skilful means. Yes, as recorded in the scriptures, the Buddha has telekinesis and teleportation abilities too. Being off the Middle Path, it is no wonder that Magneto became extremist!

Magneto’s extreme reasoning seems dangerously attractive. After all, is it not true, that humans, being fearful of the unknown, might respect mutants out of fear, yet always liable to attack them out of this same fear when feeling threatened? His ideology of going against the humans, based on his belief that mutants will never be accepted seems understandable?

Professor X, however, feels that it is much worthier to help both humans and mutant to truly respect and accept one another. It is more challenging to do the right thing, in the sense that it tends to be against the grain of the world and even our own habitual forces of reaction, especially when facing discrimination. What differentiates the heroes from the villains is a fine line indeed.

X tells Magneto, ‘Listen to me very carefully, my friend. Killing will not bring you peace.’ Magneto, however, replies, ‘Peace was never an option.’ Positioned thus, Magneto waged war, both within himself and without. As he later declares, while pointing at the humans, ‘My fellow mutants! The real enemy is out there.’ Alas! He had missed the prime and real enemy – of enmity in him.

In ‘Kung Fu Panda 2' however, Po the Panda in contrast finds ‘inner peace’, as espoused by his Master Shifu, and saves the day. No, it wasn’t based on rage; it was mindful serenity in and out, that got him to be calm and focused; not disturbed and rash. It’s interesting that a cartoon character got the Middle Path right in this film, while the human actors didn’t in the other!