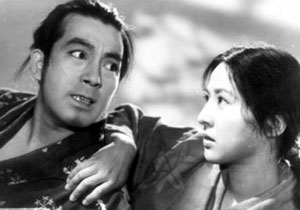 The theme of “exile” connects three classic films and three documentaries. Screenings will be followed by a guided discussion of the treatment of “exile” and of Buddhist themes, led by Rev. John Iwohara and BEC Chair Richard Modiano.

The final Sunday will feature two short films and a trailer on the forced removal and incarceration of persons of Japanese ancestry after Dec. 7, 1941, and conclude with a panel of speakers with diverse experiences of the war years (time extended to 4 p.m.).

• Feb. 9: “Sansho the Bailiff” (1954). In Japanese with English subtitles. Directed by Kenji Mizoguchi. Starring Kinuyo Tanaka, Yoshiaki Hanayagi, Kyôko Kagawa. “In medieval Japan a compassionate governor is sent into exile. His wife and children try to join him, but are separated, and the children grow up amid suffering and oppression.” (IMDb)

• Feb. 16: “Behold a Pale Horse” (1964). Directed by Fred Zinneman. Starring Gregory Peck, Anthony Quinn, Omar Sharif. “Manuel Artiguez, a famous [guerrilla] during the Spanish Civil War, has lived in French exile for 20 years. When his mother is dying, he considers visiting her secretly in his Spanish hometown.” (IMDb)

• Feb. 23: “The New World” (2005). Directed by Terrence Malick. Starring Colin Farrell, Q’orianka Kilcher, Christopher Plummer. “As spring arrives, Powhatan realizes the English do not intend to leave. Discovering his daughter’s actions [Pocahontas brings food, clothing, and supplies to the starving English settlers], he orders an attack on Jamestown and exiles Pocahontas. Repulsing the attack, the settlers learn of Pocahontas’ banishment. They organize a trade so that the young woman can be taken captive and used as leverage to avoid further assaults.” (Wikipedia)

“Music Man of Manzanar” (2007). Documentary, directed by Brian Maeda. With Arnold Maeda and Lou Frizzell, who taught music and drama at the high school in Manzanar during the war.

Trailer for “We Said NO NO,” a work in progress. Directed by Brian Maeda. A documentary about the Tule Lake Segregation Center in Northern California for “no no boys” and their families.

Panel of speakers with opportunity for questions and answers: Arnold Maeda, exiled to Manzanar from Santa Monica; Bill Nishimura, “no-no boy” exiled from Poston to Tule Lake to Santa Fe to Crystal City; Hank Iwamoto, whose family self-exiled to Colorado and Oklahoma; Brian Maeda, born in Manzanar, filmmaker and supporter of Manzanar Committee and Manzanar Pilgrimage.

No reservations required. Admission is free; suggested $5 donation per person each Sunday to support the BEC. Free parking in lot and on streets.