Chenrezig - The Mandala of Compassion

Somerset, UK -- The film "Chenrezig - The Mandala of Compassion" made by Glastonbury filmmakers Tim Knock and Kevin Redpath, records the visit of eight Buddhist Monks from Tashi Lhunpho Monastery in Southern India to Glastonbury. 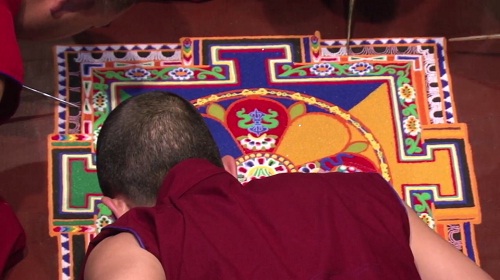 Woven together with perceptive commentary from members of our local community, the film provides a fascinating insight into the step-by-step creation and dissolution of this breathtaking sand mandala, a ceremony that is normally created behind closed doors.

With a beautiful soundtrack of the Monks chanting and glimpses of their dramatic performance art merging with the Glastonbury landscape, this film fuses Buddhist traditions with ancient landscape symbols.

The film can be viewed here: