How To Be Ant-Man Without Shrinking!

Singapore -- Beyond the first Ant-man movie, many might not know that Ant-man in the comics later acquired the means to be Giant-man. But is it truly possible to shrink and enlarge at all, according to the usual laws of physics known, without becoming too dense or diffused to survive? 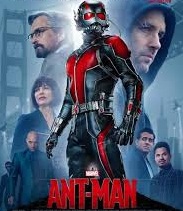 Probably not, at least, according to some scientists. That said, the Ant-man movie does surprise and entertain by presenting alternative perspectives of world from the view of an ant(-man).

Without powers of shrinking or expanding, it is actually possible to be ant-giant men-women. How so? Simply by travelling. With vast inter-galactic distances involved, the supernormal power of divine feet or teleportation might be needed though. There was the case of Maudgalyayana (Mogallana), the Buddha’s Arhat disciple foremost in supernormal powers. Once, he travelled to another Buddha land, where a huge Buddha of about 100 metres tall was teaching.

The noble assembly present consisted of disciples of similar size. There, without need to change a single attribute, but by the truth of relativity, Maudgalyayana was instantly as small as an ant! Seeing the ant-like creature, the assembly became curious, to which the Buddha explained that this ant-like man is from the Saha World (of the cycle of birth and death), which is our world system. He introduced him to be Sakyamuni Buddha’s disciple, who is a spiritual ‘giant’ back in our world!

What are some mind-expanding lessons from this? The universe is an inconceivably huge place indeed, with all kinds of worlds, even within motes of dust, many of which are drastically different even in physical proportions due to karmic conditions.

This calls for humility for the unknown yet to be experienced, lest our egos grow too big to form the centre of our ‘universe’! Also, a sentient being merely relatively smaller should not call for any less respect. Just as it was physically humbling for Maudgalyayana to encounter a world of ‘giant-men’, it was spiritually humbling for the giant assembly when they knew his status!