The Egoless Everest Vs An Everest Of Ego?

Singapore -- This review of the ‘Everest’ movie could prove not so predictable, perhaps not unlike the weather conditions up this highest peak. It was written not so much to celebrate the human spirit, but as a reflection on the dangers of unchecked ego. 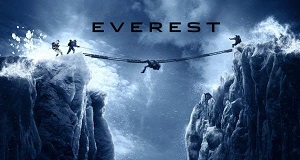 Nope, am no killjoy or naysayer on mountain-climbing, as I personally enjoy climbing. (Was first to reach the highest natural peak where I live in during a class climb, and first to reach one a popular summit in a neighbouring country during another group climb.) Do climb mountains! Why not? But why do it till it clearly risks life and limb of oneself and others?

Since 1953, after Edmund Hillary and Tenzing Norgay became the first to summit Everest, over the next 40 years, one in four died in their quest to emulate them. One-quarter is no small fraction at all! Bad history repeats when not learnt well. Based on a true story, ‘Everest’ tells of how more than 20 expeditions in 1996 competed to summit Everest in the same two week window. Seeing how this could lead to a tricky jam, two teams decided to cooperate instead. However, there was still a latent sense of competition. While it makes sense to help each other summit, who should summit first?

Scaling Everest is potentially deadly due to its death zone above 8,000 metres, where humans can no longer acclimatise and the dying process begins. Bodily functions deteriorate and there could be hallucinations. Without extra oxygen, only 48 hours of survival is possible. Enter other life-threatening conditions like steep slippery slopes, harsh storms, avalanches… and survival becomes somewhat miraculous. In the context of this story, eight climbers were killed. While writing this, six Everest climbers were confirmed killed. Yes indeed, history recurs… needlessly, unfortunately, indefinitely.

‘Why (climb)?’ The ‘celebrated’ answer is ‘Because it is there.’ But what is ‘it’ really? Is ‘it’ the mountain itself? Or an inner mountain of ego that wishes to assert itself, to be measured against the outer mountain? ‘Why (climb)?’ Another featured answer was ‘Because I can.’ Because it can inspire oneself and others? But is it worth it if there could be the price tag of life? How about asking ‘Is it worth it?’ Many climbers compete against the mountain and other climbers. Is this not too much ego involved, to possibly die for? What irony that the mountain is egoless. Everest just is. Is it not wiser to conquer one’s ego?

Then again, Everest being difficult to conquer is already humbling. For those who reached its top, is it enough for the ego? Will they set a ‘higher’ goal? Is the ego limitless if unchecked, till it is eventually humbled? Why not recognise sensible limits before it is too late? In the long run, even though egoless, nature always wins with our ageing, sickness and death. For those who suffered along climbs, may their ordeals truly transform their lives, reminding them to treasure their lives more. If not, such extreme suffering would truly had been for nothing, and failed climbs mere disappointed ego trips.

A successful ascent is just half of the journey; a swift and safe descent is crucial too. While all of this trains endurance, is scaling Everest not extreme asceticism for a fleeting high? With ropes bound as guide lines, they become interconnected life or death lines. One climber’s wilfulness can endanger oneself and other teammates. Perhaps the only reason to climb Everest would be to rescue the stranded. Somewhat linked, as Stonepeace put it, ‘Only fools and Bodhisattvas rush into Samsara – the latter to rescue the first.’

A Bodhisattva Precept in the Brahma Net Sutra advises against unnecessarily endangering one’s own precious human rebirth, that should be more skilfully used – ‘The Thirty-Seventh [Lighter] Precept [Against] Risking Disasters [In] Travels: If [as] Buddhas’ [Bodhisattva] disciples… do not enter areas with difficulties [or adversities]. If [there are] evil national boundaries [or areas], if [there are] evil countries’ kings [or rulers], territories undulating, vegetation [with grass and trees] that is deep, lions, tigers, wolves, water, fire and wind disasters, and robbing thieves, paths with poisonous snakes, all [such] areas with difficulties should not be entered…’ (‘第三十七冒难游行戒: 若佛子… 莫入难处。若恶国界、若恶国王、土地高下、草木深邃、师子虎狼、水火风难，及以劫贼、道路毒蛇，一切难处悉不得入。…’’)

There was an early scene of the climbers passing a mountain monastery for blessings. What irony that local Buddhists are those who train to realise egolessness, who usually do not venture too far, other than to guide. Perhaps the average local already knows this human rebirth is too precious to jeopardise? Do the extraordinary, but make it worthy enough to die for if it is life-threatening, that does make you a better person and the world a better place. Why be another potential obituary feature in the history books of Everest? Why not admire it from a distance? Why be so attached to its summit? Why not climb mountains without death zones?
TOP