"X-Men: The Last Stand" for Superiority or Equanimity?

Singapore -- For the unfamiliar, "X-Men" is the name for a band of mutant heroes in the near future, who resolve to use their special superhuman abilities to aid the peaceful bridging of ideological differences between humankind and mutantkind. Before you imagine this to be some kiddy comic book adapted stuff, if you were to let "X" stand for the unknown, the mutant X-gene, which is what biologically causes differences between humans and humans, can be intelligently seen as a multi-faceted metaphor. 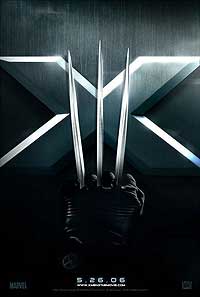 In the words of Halle Berry (who starred as Storm), "What I like about the X-Men is that the mutant gene could represent pretty much anything - race, sexuality, religion... anything... We all face moments of prejudice on a daily basis and the idea of changing oneself to fit into the 'norm' is preposterous and wrong. Individuality is what makes every one of us interesting and to lose that personal edge is truly sad."

To add to her list of "X" variables, "X" can also stand for sexism, speciesism (the lack of respect for different sentient life-forms, including animals - which lead to animal abuse) or unjust societal caste systems. But does this means every form of "non-norm" should be respected? Why not? Unless it threatens other life-forms - be they of the norm or other "non-norms".

Harmony is not just the celebration of similarities; it is also the amicable agreement to disagree. If you are to think of it mindfully, even as non-mutants, we are all mutants or even aliens to each other to various extents due to our many differences in appearance and points of view. As someone once said with great ironical humour, "Never forget that like everyone else, you are unique." Is conformity to the masses or tolerance of the minorities the answer to the problem of prejudice? Is the Middle Path not understanding with compassion and wisdom?

In this third instalment of the X-Men series, humans manage to concoct a supposed but untested "cure" for mutancy. It is seen as a hopeful medicine to restore ordinary humanness in mutants assumed as unnatural - for simply being born with a diverse range of special powers. Being ostracised by the human majority, mutants either see this as a welcomed means of regaining acceptance, or as a hypocritical holier-than-thou means to suppress their birthrights to be who they already are. In the self-righteous words of Magneto (played by Sir Ian McKellen), rebel leader of the Brotherhood of Mutants, "They wish to cure us... but I say we are the cure!" McKellan remarked thus in real life - "Imagine if someone said that black people can take a pill that would 'cure' them of being black. It's silly really."

It is probably no coincidence that a great fraction of X-Men comic fans are blacks, Jews and gays. In the rounds of rebirth, what is truly immutable? If nothing is, then strong attachment to personal identities or that of others, in the light of Anatta (ultimate lack of substantial self-nature), surely causes much suffering.

Magneto, the nemesis of the X-Men, saw mutants as "homo superior", in contrast to "homo sapiens", whom he saw as "homo inferior". Ironically, upon insisting superiority by comparison, not only was he not promoting interspecific harmony, he was widening the gap, which endangered both humans and mutants. Then again, the human persistence to "cure" mutancy first created the gap of non-acceptance of the mutants out of fear. In the words of Storm, "There's nothing to cure, nothing's wrong with any of us for that matter." The end of biasness would be possible when there is no unnecessary comparison, when there is the recognition of each other's common innate Buddha-nature instead, seeing each other as fellow sentient beings with equal rights for happiness.

Thus, the real disease in the world of humans and mutants is prejudice, to be cured only by equanamity, trust and respect on both sides.

Seeing the proposal to "cure" mutants as a devious ploy to eventually wipe out all mutants, Magneto leads a revolution to destroy the source of the cure and the humans involved. By another twist of irony, the source is a mutant boy (Leech, played by Cameron Bright), who has the ability to absorb mutant powers. Magneto's ideology becomes senselessly blurred when he was willing to destroy Leech, a fellow mutant, while forsaking Mystique, another fellow mutant in arms, the very moment she was accidentally "cured" to become "one of them" - a human. As if by a stroke of poetic karmic justice, Magneto was injected with the "cure" by the X-Men towards the end of the film. But, just as Storm mentioned, there is probably nothing to cure, as we see his powers subtly restoring later. Surely, the revolution truly needed to end all revolutions is that of mutual empathy of each other's hopes and fears.

A set of X-Men movie publicity posters suggested the greyness of character definition in the movie. Is Professor X (played by Patrick Stewart) a teacher, manipulator or both? Is Magneto a visionary, murderer or both? Is Wolverine (played by Hugh Jackman) an outcast, a hero, or both? Is Storm cursed, gifted or both? Is Angel (played by Ben Foster) alienated, liberated or both? Was Angel, who naturally sprouted wings, deemed demonic till he used them as a guardian angel to save his father from falling off a building? Most importantly, is the tagline of the film - "Whose side will you stand on?"

Are we more pacifist in nature like Professor X, or are we more antagonistic like Magneto? Which way truly works? Or do we have to manifest different qualities as and when appropriate, in forms benevolent or malevolent? This reminds us of the peaceful and wrathful manifestations of Buddhist deities in Tibetan Buddhism. Ultimately, we have to be mindful of the intentions behind our choices, and be sure they benefit more than harm.

An intriguing story arc in the show involves the aptly named Phoenix, which in the comics, is described as a primordial cosmic force of rebirth. As you probably know, the phoenix is a mythological bird which lives for hundreds of years, before incinerating itself in its nest, only to rise from the ashes reborn. The Phoenix is capable of possessing and amplifying individuals' psychic abilities to a cosmic scale. In the movie, the Phoenix is portrayed as the manifestation of the dark side of Jean Grey's (played by Famke Janssen) psyche, which has untapped but vast psychic abilities. A vivid illustration of the potential of the mind, we see Jean tormented, struggling with to cope with the enormous unbridled power in her.

This brings to mind the teaching that the mind is truly the most powerful force in the universe, itself capable of destroying entire worlds. As the Buddha advised, "Master the mind or be mastered by mind." Professor X attempts to "cage the beast" within Jean, but as Wolverine warned, "Sometimes when you cage the beast, the beast gets angry." Such is a possible side effect of oppression and suppression. In Buddhism, meditation can be practised instead - to mindfully tame and transform the darker side within us.

Interestingly, the individual mutants can be seen as archetypes of human character. For instance, Professor X, the world's greatest psychic, represents the calm controlled mastery of mind, so much so that that he rises above his physical disability. Pyro, who has the power to shape and throw fire (played by Aaron Stanford), represents hot-tempered recklessness. Iceman (played by Shawn Ashmore), Pyro's polar opposite archenemy, has the power to freeze anything, representing "cool" defensiveness. The Juggernaut (played by Vinnie Jones) represents the drive of brutal impulsiveness.

Storm's moods, which can affect the weather, represents how ultimately, our world or immediate environment is made and shaped by our attitudes. The list goes on... Which mutant do you resemble? The Buddha, of course, being the greatest grandmaster of the mind, also has immeasurable psychic powers, probably inclusive of all the mutants'. But even so, he downplays the importance of acquiring these powers, as they are naturally attained when the mind is mastered. To train the mind solely for these powers is to miss the point of acquiring insight into the nature of the mind. It is the wisdom realised that liberates one, not the liberating of psychic powers. Whether a special power is a blessing or a curse is up to how the individual uses it.

It is worth noting that physical evolution is possible only through mutation, even if through gradual and subtle genetic changes. In this sense, mutation is natural. Unnatural mutation is caused by human tampering of genes directly, without mindful consideration of the consequences. Physical advancement in evolution (be it "accidental" or by "natural" mutation) with the acquisition of superhuman powers should be coupled with mental or spiritual evolution to advance compassion and wisdom. If not, it would only jeopardise both the wielder of the power and those it is used upon.

Thus is the Buddha in a way a mindfully evolved and perfected being - one who has "hit the roof" of spiritual and physical evolution. Meanwhile, the unenlightened evolve and devolve spiritually, often unmindfully, in the cycles of birth and death. Only when we make concerted efforts to advance spiritually, do we take truly concrete steps towards enlightenment.

How are you evolving lately?