The Infernal Affairs of "The Departed"

Sinagpore -- "The Departed" is an Americanised remake of the famed "Infernal Affairs" Trilogy (Wu Jian Dao) from Hong Kong. "Infernal" here refers to the fiery turmoil of the lies, betrayal and murder involved in the lives of the story's protagonists. It also alludes to the anguish of burning in a private living hell of guilt and tension. 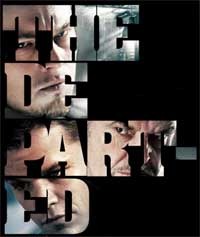 In the opening and ending of the trilogy's instalments, there were Buddhist sutra quotes describing the nature of Avici Hell (Wu Jian Dao) - which is the deepest hell in Buddhist cosmology - a realm of natural but continual karmic punishment for doing great evil. Drastic as it may seem, even the inhabitants of hell are eventually reborn elsewhere - since no one can create infinite evil in one life to deserve eternal hell. Conversely, by the same logic, Buddhism does not postulate the existence of an eternal heaven too. Only the release of Nirvana is beyond time.

Retaining subtle religious connotations in the title, in "The Departed", the phrase "Heaven holds the faithful departed" appears on a card on a grave. "The faithful departed" refers to the Catholic belief that the baptised and repentant will win a place in Heaven. The irony is that the villains and even heroes in the film die violent deaths. It is hard to imagine they would be "held in heaven". How faithful or repentant can the villainous be? Did they even have time to reflect upon their sudden deaths?

The departed probably departed from their birthrights in heaven, or any good destination of rebirth... due to their straying away or "departure" from their Buddha-nature. The director Martin Scorsese mentioned that "The Departed" is a tragedy of people departing from doing what they should. Being upright that is - staying on the moral side of life.

In "The Departed", Billy Costigan (played by Leonardo DiCaprio) is an unwilling undercover cop in the company of mafia gangsters, who pits his wits against an unrecognised enemy - Colin Sullivan (played by Matt Damon), who is a willing undercover mobster in the guise of an outstanding police officer. On the opposite extremes of the spectrum of the law, the duo almost represents a reluctant Bodhisattva versus an eager Mara. While Costigan strives to discover the mole, to redeem himself and to regain his true identity, Sullivan does the same - but to secure his unworthy status and power in office.

The realism of the film comes in the gradual dualistic greying of character definitions, as Costigan seems to become more evil, while Sullivan more good. The audience is left unsure of whether they were just getting engrossed in their role-playing, or whether they were really being themselves. And we sense the characters' ongoing hesitation as to who they want to be too - more good or more evil.

Here's a further twist - of course they were role-playing - in a movie! As long as unenlightened, one is almost never completely good or evil. Morality becomes blur when the police deals in deception - are they lying? Not if it is for a greater cause of good - for the fair apprehending of the evil in the act. Dangerous as it might be, it is the practice of skill in means.

The film urges one to question what is good and what is evil. Is it always clear-cut? If one cannot judge by seeing another's apparent identity, how do we tell the good from the evil? Is it all in the mind? Interestingly, yes. Good and evil is indeed in the mind - in one's invisible intentions, more so than in one's external actions. The movie also prompts us to think - Is honour possible among thieves? If yes, to what extent? Can criminals who continually cheat and betray the law be continually loyal to each other? If there is any loyalty, is it ultimately good or evil? Are the evil truly void of conscience? Or have they learnt to continually ignore it? After all, there is perfect Buddha-nature in all.

The big-time mob leader Frank Costello (played by Jack Nicholson) had uttered the following to Sullivan, his surrogate son - "I don't wanna be a product of my environment, I want my environment to be a product of me." Taking pride in his control, he creates a hellish environment of fear for those he has power over. As the Buddhist teaching goes, when the mind is pure, the land is pure. Vice versa, when the mind is evil, the environment becomes corrupted too. And this can seep over to corrupt those we trust too. As a karmic rebound, he gets his words reflected back to him when Sullivan utters them in return, before killing him, who had been puppeting him for his police leads for his illegal ends.

Beyond being an unseen dimension, hell is the experience of fear, hatred, pain and guilt that you carry with yourself. In a scene, a couple of gangsters were joking among themselves. One mentioned that the way to know who is an undercover cop is to look out for those who are around, who do not appear interested in what they are doing. They then jokingly suspect seemingly everyone on the streets to be a potential cop in disguise.

When Costigan comes along, they ask him playfully, on whether he is a cop too. Costigan is shocked at first, before realising it was a joke. Unnerving indeed. Hell does starts from one's state of mind, before one's mind becomes so hellish that it projects imaginary demons and attracts karmic enemies who torment you day and night. Unresolved, it then becomes a real hell in a future life. Let us "depart" from such hells – both in this life and the next. Let this departure begin from departing from the evil within.