Demystifying "The Number 23" With Karma

Singapore -- The so-called "23 enigma" is the belief that every event is connected to the number 23. Of course, this will "always" be true - if one is "ingenious" enough to read the number into everything that happens in one way or another. Some cultures believe it to be a lucky or sacred number, while some consider it inauspicious or weird. 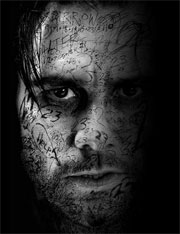 "The Number 23" is a mystery thriller about obsession. Walter Sparrow (played by Jim Carrey) stumbles upon a book with the same title. Reading it, he discovers uncanny similarities between the its protagonist and himself. More bizarre is how Walter seems to contract the obsession with the number 23 from the character, who discovered that virtually everything that he encounters is linked to the number - be it important events or trivial details of everyday life. "Virtually" is the key word here, as we shall later see why.

The list of numerical coincidences is "endless" - names, birthdates, colour codes, house numbers, social security number, clock times, road signs, pairs of shoes... they seem to all add up to 23 in one way or another, directly or convolutedly. Swamped by these serial coincidences while not understanding why they exist, he begins to break down with paranoia.

In Buddhism, there is no such thing as a "pure coincidence" - for the universe is naturally governed by the laws of cause and effect. Causality rules both the realms of physical and mental experience. Nothing happens by chance. Much of human experience is governed by karma - the law that we reap the "fruits" of the "seeds" we sow. Lest it be mistaken, karma is not a set of rules created or watched over by any judge. Just as no one is needed to ensure apples fall via the natural law of gravity, karma needs no police, even as it "polices". When we choose to be obsessed with something, the instant karmic effect is that that certain something naturally becomes the centre of our lives - be it a number or anything else. Karma does not judge, though it has natural effects deemed good or evil by us, as determined by our corresponding intentions and the attitude with which we experience these effects. Surely, obsessions are not good, since attachment brings suffering.

Karma is not about predestination or the lack of free will. Seeing instances connected to 23 in "every" nook and cranny of life, Walter felt fatalistically ruled by the mysterious number. Truth turns out, he was ruled by his delusions over it, not by it. He was not trapped by the number, but by his obsession with the number. And this obsession is by choice, as reinforced by the forces of habit. While we are shaped by our forces of habit, we too can (re)shape these forces of habit. In fact, the very shaping of these forces by the transformation of negative habits into positive ones is a crucial factor on the path of spiritual cultivation. If all is fated with no hope of change, spiritual cultivation would not be needed at all.

Why is it senseless to think there is no free will? If there is absolutely no free will, there would be no need to consciously "think there is no free will" - because no matter how much effort you put into wondering whether you have free will or not, the result is already fixed by fate. A note to fatalists on being fatalistic - "If all is fated and I should thus take it easy, then there is no need to make any effort to take it easy, because it is fated whether I will take it easy or not. I choose to make efforts to forge my own 'fate'. There's no need to talk me out of this since you believe it's all fated, since you can't change my fate from my efforts - no matter how much you try with your efforts."

It would also be erroneous to believe that we have totally unimpeded free will. This is because we have conditionings from our past experiences, which create in us tendencies to perceive and behave in certain ways. Our deluded karmic tendencies distort or filter portions of reality - which in turn urge us to react to "reality" in correspondingly deluded ways. This is the "ghost" of past karma which haunts us. The "past" can refer to previous lives and the earlier portions of this life. Thus, our free will seems to be "halfway" - suspended between certain experiences we have no control over now, versus our control over how we wish to reinterpret these experiences - thus creating new experiences. Spiritual cultivation is the seizing of our present control to increasingly align ourselves with reality.

As the film advances, we see Walter not only "decoding" 23 from what he experiences, he also "encodes" 23 into things. He did not realise that it is not that 23 was haunting him, but that he refuses to not be haunted by it. This is indeed obsession. So what is 23? Does it hold some mysterious secret? Is it a curse or a blessing? Will the answer bring salvation? 23 is just a number - only as meaningful or meaningless as the mind makes it to be. If you think of it, we can be equally obsessed with any other arbitrary number. For instance, I could be obsessed with the number 1 - because I see 1 "everywhere", just like Walter sees 23. Well, there is 1 sun, 1 moon, 1 Earth, 1 sky, 1 me, who have 1 home, 1 father, 1 mother, 1 sibling, 1 job... and 1 serious obsession! Though naturally interdependent, inanimate things do not so much "choose" to associate with one another meaningfully, while we choose to associate them meaningfully. Which is why Walter's failure to find any spiritual meaning in his meaningless obsession with 23 self-defeating and depressing.

But how do we explain the clustering of coincidences that sometimes happen? Is this itself just another larger collective coincidence? As mentioned, Buddhism does not subscribe to belief in a random universe. Be it a single karmic coincidence or a cluster of coincidences, there is always intricate cause and effect at play. When we tend to experience certain things, it means we have strong karmic affinities with those things, as created in our past, as reinforced by our present choices. This need not necessarily be good or bad, and is subject to change. For instance, one can have tendencies to bump into a certain stranger. But you cannot tell if this is a good or bad "sign" - since the person is a stranger, who might be helpful or harmful, who we can choose to know more or not. Whatever it is, strong karmic affinities draw strangers together - for better of worse, as "half-determined" by their past karma and "half-determined" by the new karma they create towards each other. In the film, Walter suffered because he was was forcefully creating new affinities with 23, while unwittingly experiencing his disturbing past affinities with it.

If everything is based upon or connected to 23, surely everyone would have discovered this by now. Obviously, it is not true that everything can be linked to 23. For instance, while there are 23 letters in the Latin alphabet, there are 26 letters in the English alphabet we are using here! And my birthday falls on the day 22 of a certain month, not 23. While the film was purposely launched on February 23, I saw it on March 29, which does not add up to 23 in any way. I rest my case. The universe is thus naturally "ruled" by all numbers - not just 23. When we choose tunnel vision, be it consciously or unmindfully, we will only see things in certain ways. Likewise, 23 jumps out at Walter - not because it really does, but because his mind leaps forth to only selectively see 23 in the ten thousand things of life, while ignoring things not related to 23. We run on our perception of reality more than on reality itself. In other words, we run on delusion too, and we can only see reality as much as our delusions allow us to.

"There is no such thing as destiny. There are only different choices. Some choices are easy and some are not." So utters a somewhat "enlightened" Walter near the end of the film, when he steps out of the way of a bus numbered 23 after contemplating suicide. It all depends on how destiny is defined. If "destiny" refers to a fixed fate, it is true that there is no such thing. "Destiny" then, is shaped by our choices, and continually reshaped by what we do after making these choices. Destiny is always morphing - till the day we become fully enlightened, totally liberated from all delusions and the need for further change.

The shocking twist at the end of movie reveals Walter to be the one who wrote the mysterious book. This neatly explains the "coincidences" he finds in the book with his life. As mentioned, there are truly no coincidences. He had written it before having psychological trauma over his past obsession with 23, which is why he unconsciously blocked his troubled memories from himself. Being affected by the book was just the rekindling and perpetuation of his past delusions. He was being a self-fulfilling prophecy to himself by reading himself into a book he had written about his past choices, which spur him to relive his obsessive force of habit. Likewise, we are also haunted by our previous lives for better or worse. Why not make it for the better, by learning what should had been learnt, and by letting go of unworthy fixations? Why not make the best of our old ghosts and demons? Doing so, they will be exorcised for good.

The tagline of the film goes "The truth will find you." But you might not find the truth - if you keep turning a blind eye to the truth before you. At the end of the movie, is a biblical quote from Numbers 32:23 - "You may be sure that your sin will find you out." Yes, another "ingenious" combination of number and word play to mystify 23. Ironically, the quote pronounces predestination or an inescapable fate, which is what the film ultimately spoke against. In Buddhism, your negative karma will find you as it is - only if you do not change it in time with repentance and the creation of positive karma. There is always hope - because we can always change. When we change for the better, our karma changes too. It is tempting to end this review from a verse 23 of some sutra, but I think I should resist any obsession with this number!