A Study of the "Fantastic Four" Elements 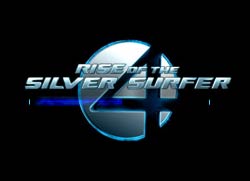 Obviously, the hardiness of The Thing stands for earth, the elasticity of Mr. Fantastic (Reed Richards) stands for water, the fieriness of the Human Torch stands for fire and the force-fields and "transparency" of "Invisible Girl" stands for wind.

The second instalment of FF (Rise of the Silver Surfer) begins with the onslaught of weather anomalies throughout the world, which were attributed, as mentioned in the movie, not due to global warming, but due to a mysterious sentient entity infused with powerful alien energy called the "Silver Surfer" (SS) - simply because he is all silver and surfs all day! (How "Zen"!) Ironical indeed, for the world is right now experiencing the ill effects of topsy-turvy weather due to global warming. In fact, the world of FF seems set in our time. Even while SS causes disturbances, global warming is already wrecking havoc in the background. The four elements of nature are in revolt! Interestingly, the disclaimer that it wasn't global warming must be due to the widespread knowledge of current weather problems. Does the disclaimer then, downplay or highlight the problem of global warming? You decide! There was talk of whether the anomalies of FF's world were of the hand of God. What about our world? It's in our hands, nobody else's - we make or break the planet - not Galactus (the planet-eater that summoned SS to Earth).

The anomalies occurred in the midst of what is known in the Marvel comic book world as "the wedding of the century" - the marriage of Mr. Fantastic and Invisible Girl. Prior to this, their wedding had already been postponed several times - due to FF's need to respond to various global crises that threatened humankind. A fine example of altruistic sacrifice of love for each other for love of many others! Beyond FF's familial relations, the rest of the world is a larger family too.

Yet the much procrastinated marriage was getting on the nerves of Invisible Girl. She also craved a proper beautiful wedding. Hmmm... the Buddha would consider that attachment to rites and rituals? Guess she has yet to renounce worldliness after all! The couple also faced the blinding flashes of the media's cameras. Such is the price to pay for fame, the FF being among the earliest of comicdom's public heroes without masks. Seeing their lack of privacy, superheroes who wear no masks are arguably more heroic and sincere, but maybe not as wise? An interesting parallel is that Bodhisattvas often function secretly, to protect their identities and those they love. Beware! A mask can bring on a greater ego trip!

Invisible Girl is however mindful of FF's choices of their station in life. She reminds Mr. Fantastic - "We will never have normal lives as long as we do what we do." Sounds bad? Not if their lives are "supernormal", with extraordinary adventures! She also reminds SS that there is always a choice. SS did not have to follow Galactus' commands to source planet after planet for his consumption. This was true, even in the light that SS's home planet was held at ransom by Galactus. As a "final" heroic to save the Earth when Galactus arrives, SS plunges into his "body" and detonates him from inside out. There was no need for any more planets to be sacrificed - including the Earth and his home planet. All that was needed was noble self-sacrifice. Likewise, true Bodhisattvas driven by boundless Bodhicitta have no hesitation to do the "unthinkable", even if it is the letting go of their lives for nobler purposes. They are aware that they will only be reborn with greater strength to help more beings.

The turning point, which urged SS to relinquish his assistance of Galactus was the realisation that the empathetic Invisible Girl resembled his lover. It probably struck him that it was downright ridiculous to sacrifice one world for another - not when they have equal rights to live. His lover and him had the same rights for life and happiness as Invisible Girl and all other Earthlings! More on choices... As the existential philosopher Sartre put it, "man being condemned to be free carries the weight of the whole world on his shoulders; he is responsible for the world and for himself as a way of being." In the case of SS, he carried the weight of many worlds (planets) on his shoulders! It is no wonder that this "man" of few words wears a perpetual worrisome frown! If we are indeed condemned to be free, we can use this freedom to free us of all self-condemnation created by unskilful choices. This is the path to spiritual liberation - a.k.a. Nirvana! SS is figuratively Albert Camus' Sisyphus in his "myth", who nevertheless breaks free of the Dukkha of repeating the "pointless".

The above on SS's change of mind reminds us of these profound teachings by Shantideva - "One should first earnestly meditate on the equality of oneself and others in this way: 'All equally experience suffering and happiness, and I must protect them as I do myself.' Although it has many divisions, such as arms and so one, the body is protected as a whole. Likewise, different beings, with their joys and sorrows, are all equal, like my self, in their yearning for happiness. Even though my agony does not hurt anyone else's body, that suffering of mine is unbearable because I cling to it as mine.

If there is but one single lesson the audience should bring home after watching FF, it is that we are no masters of the elements, which is why we need to master our minds, to check our intentions and actions on how we are currently wrecking disaster on the elements. Take heed! Even if FF and SS are around, there is simply no way they can save us from our collective destruction and apathy to the planet. If we do not take care of the elements, the elements will not take care of us. The elements are not sentient, but we are. If we are merciful to the environment, it will be "merciful" to us. If not, the elements, as proven time and again in history, can be most merciless.