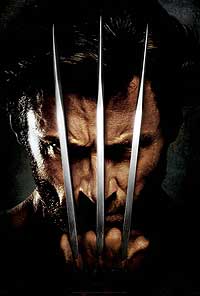 While Wolverine was haunted by recurring nightmares of the brutal wars he had fought in, Sabretooth increasingly relished in killing openly. Both clearly had asura-nature (demi-godly nature) though - that strong instinct to fight.

The truth is, like them, we all have various fleeting natures, though Buddha-nature is always constant in the background. Sabretooth thought he was being true to his bestial nature, while Wolverine saw that as having bad faith to himself and everyone else he endangers. Sabretooth became so bestial that he chooses to hunt his own kind for the promise of power, while Wolverine, as we know, came to be a protector of ostracised mutants, while trying to bridge the discrimination between humans and mutants.

Wolverine rejected his mutant abilities at first, seeing them more as a curse than a gift. As he put it, a gift can be returned. But if he couldn’t return his karmic specialties, he might as well make the best of them - which is what he eventually does. However, he still retained his streaks of animal-asura-nature in terms of vengefulness. While his rage is likely to be seen as righteous as many fans, vengeance is never right because it is mere destructive might, that doesn’t offers chance for repentance.

If you are virtually or near indestructible like Wolverine or Sabretooth, what and who will you choose to destroy or protect? Having awesome power is never really the problem. Absolute power only absolutely corrupts those who give in to their Mara-nature. The greater power we have, the more attention should we pay on realising our Buddha-nature!