Singapore -- The Terminator saga, as most would know, is about the anthropomorphism and demonisation of high technology. It is a series of extreme cautionary tales on the potential danger of humans going overboard with unchecked technologisation. 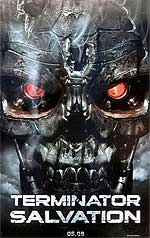 Technology is meant to be a means for relieving human suffering, for bringing ease into our lives. However, technology for our convenience can conveniently overtake us if we are unskillful in handling it. Do we make machines to more efficiently help or harm us? ‘Good’ technology might be as easy to master as it is to manipulate, though machines are really intrinsically empty of any fixed characteristics; just as we are. We choose.

In the movie series, we see human rage against merciless machines. But since they were man-made, that humans ‘toyed’ with, terminators ‘r’ us; not really the machines per se! Inhumane robots made by imperfect humans in their own ‘image’! That said, the saga is indeed about the love-hate relationship humans have with machines. Can sentience enter machines? Machines in the future are supposed to have evolved self-awareness, that is slanted towards self-preservation and destruction of anyone against them. Sounds suspiciously like unenlightened human-nature, except that their Mara-like behaviour does not hint of any Buddha-nature. What irony that humans are forced to use more machines to fight machines, with both sides advancing their technologies. It’s no wonder that the saga will continue!

More than a man versus machine action thriller, ‘Terminator Salvation’ is also a terse study of the borderline similarities and differences between both, with the introduction of a cyborg character ambivalent of his true identity. Are we mere biological machines, just as robots are mechanical ones? If a robot simulates sentience, how would we tell if it’s real or not? If the mimicry is realistic, would it be inhumane to terminate one? Which is worthier – robots which simulate compassion, or hardened humans who seem void of compassion? Can a robot develop Buddha-nature? Does a robot have a case if it denies being mere machine? Even if it appears unsure, does this make it any less possibly sentient?

The cyborg who is half-machine chooses his human side to betray the machines. This is while some humans choose their inhumane side by betraying other fellow humans. With a heart of gold, he fights with a lot of heart, while some humans have devolved to become cold, heartless but calculated fighting ‘machines’ – the very enemies they were to fight. The worst thing that happens in war is not losing to the enemy, but to become the enemy by losing one’s humanity. The cyborg makes the ultimate act of sacrifice by donating his human heart for another human. Take heart! What make us human cannot be programmed – it is the strength of the human heart. Compassion is a strength that eventually wins. Our salvation must come from terminating our hate, along with other defilements.

Does becoming a cyborg make us a better human or just a better machine? Is it an upgrade or downgrade? With humans becoming increasingly connected to peripheral electronic devices, will we eventually have their nano versions implanted within us? At what point will we be more machine than human? The machines saw humans as threats as their makers could unmake them. Do we see technology as a possible threat then? Shouldn’t we – to some extent? As John Conner, leader of the human rebels said, ‘If you are listening to this, you are the resistance.’

Resist greed that demands ever more ‘supreme’ technology. In the future, when machines become more powerful and interconnected, they might become more united than humankind. Beware the ills of placing all our eggs in one basket called technology! Collective human wisdom must evolve faster than all its technologies combined!