Return of 'The Wolfman'

Singapore -- ‘The Wolfman’, like all good monster movies, be they remakes or not, remains a cautionary tale. If we take the wolf half of a wolfman (aka. werewolf) to represent the inner beast, the raging animal aspect of us seething with anger and violence, it is then tragically true, as featured, that close and loved ones tend to be the most readily hurt ones. 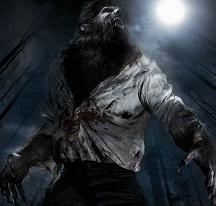 Rage is like a time-bomb that ticks away – that has to be defused regularly, if not for good, once and for all. Aware of this, the father who was accidentally infected with the ability to turn wolf every full moon secretly shackles himself monthly. Yes, only mindfulness can keep the beast within in check.

However, the father later relished in freeing his rage, letting the beast in him overtake him – while his son, who was also unwittingly infected by the curse by his father let his beast loose too – to prevent further 'sins of the father' though. The father had become pure beast, while the son had enough humanity to want to stop his murderous ways. Wrathfulness in not always unskilful. Even Bodhisattvas manifest it at times to curb violent unrepentant ones – with well-controlled mindfulness, unlike crazed rage!

The cure for the werewolf disease is said to be true love. Makes a lot of sense I think, for it is patient love that can accept, sooth and heal the savage beast. Only humanity can reawaken hidden humanity. This again makes good the Buddha’s teaching that ‘Hatred can never be ceased by hatred; hatred can only be ceased by love. (This is an eternal law.)’

Sometimes we are the hunter and other times the hunted. But who is more monstrous? The hunter or the hunted? It all pivots on one’s intentions. And mind you. Due to karmic rebounds, the mindless hunter often becomes the vengefully hunted. It was uttered in the film thus, ‘It is said there is no sin in killing a beast; only a man. But where does one begin and the other end?’ Good question indeed – for there are beasts in humans and there is humanity in beasts. I say we kill none of them then! (Sounds like a call for veganism here!) Let’s live ‘the eternal law’!