Gaden, Tibet (China) -- One of Tibet’s most prominent monasteries, Gaden, was completely destroyed during the Chinese Cultural Revolution but has since re-established itself in India. JAMIE KHOO visits the new site. 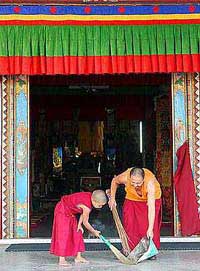 Enlightenment does exist. And its temporary heaven on earth, under a scorching sun, is in a tiny village called Mundgod, in south India. 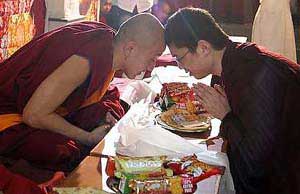