In the footsteps of the Buddha

London, UK -- AT THE age of 53, London-born Nick Scott has already travelled the world. And after completing a six month, 1,000-mile pilgrimage across India, he admits he has a powerful connection to the country. 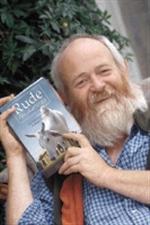 However, with strong roots in Tynedale and a picturesque cottage in Elsdon, he is confident Northumberland is where he will eventually retire.

“I grew up in Putney in the East End of London, but my parents retired to Elsdon in the early 1980s. During that time I was based in Northumberland and grew very fond of the place and the people,” he said.

Embarking on his first trip to India – hitchhiking there at the age of 18 – Nick experienced Buddhism first hand, and developed a keen interest in meditation.

“Meditation did me a lot of good and because I have a scientific background it’s one of the more practical sides of Buddhism, which I was able to get to grips with.

“I stayed in India for about three years that time and just earned money as I went.”

Returning to Elsdon at the age of 21, a doctorate in plant ecology at Newcastle University was the next step for Nick, while he continued pursuing his interest in Buddhism.

“I developed an interest in Westerners who had become monks, and although this was something that didn’t appeal to me, I did find it very interesting.”

Nick accepted an invitation to go to stay at a new monastery in Midhurst, West Sussex, where he helped the monks to settle into their surroundings.

“When I came back, I looked into the communities nearby and realised this area didn’t have a monastery, despite the growing interest in Buddhism nationally.”

After researching the possibility and using some of his contacts, Nick worked closely with two others to become one of the founders of Harnham Monastery at Belsay.

Aruna Ratanagiri, as it is otherwise known, has recently celebrated its 25th anniversary and Nick was invited back to be part of it.

“One of the biggest tasks was finding a suitable location for the monastery, somewhere tranquil and calm.

“We saw an advert in the Courant for a cottage to rent in Belsay and we ended up renting it from a farmer for £10 a week.”

The Buddhist community within Harnham consists of around eight monastic members at any one time and an adjacent lay facility known as Harnham Retreat House.

On hearing about his work in Belsay, monks from Chithurst Monastery in Sussex invited Nick to stay with them as their guest.

“They really looked after me while I was there. I was a guest. But I felt I had to repay their kindness, and did this through odd jobs and maintenance work around the monastery.”

In keeping with his interest in nature and conservation, an 11-year career followed with Nick working for Northumberland Wildlife Trust as Druridge Bay’s wildlife warden.

During this time his involvement with the Gateshead Garden Festival in 1990 led to a series of television appearances.

“I designed and built the nature reserve site which then won the best garden, best educational garden, and best landscape gardener.

“The finished product was really beautiful and a credit to the team behind it. And it was enormous – a few acres.”

With the garden open for viewing for six months, Nick was frequently called upon to answer questions and give talks about his role as a wildlife warden, and on his interest in Buddhism.

“During the early 1990s I felt really important and I was really successful, but it didn’t take long to realise that it just wasn’t me. I was sick of myself.”

All the while, with a return trip to India beckoning, Nick began to feel increasingly unhappy with himself and the way his life was going.

“Luckily for me, the wildlife trust was really thankful for all the work I had put into it over the years.

“The membership had doubled during my time there and so I was allowed to take six months paid leave in 1991.”

Little did Nick know that the next six months would be a turning point in his life, an experience so humbling that it would totally change his outlook.

Ajahn Sucitto, an English Buddhist monk, who has since been ordained as the abbot of Chithurst Monastery, invited Nick on a pilgrimage through India.

On foot, over six months, the pair walked the Buddha’s homeland of India and Nepal, which is now widely regarded as one of the most dangerous and poverty-ridden places on the planet.

“When the idea was mentioned, I knew I would have to do it. It was the new challenge I had been looking for and I grabbed it with both hands.

“I was worried, because I didn’t know the details. That was something I left to Ajahn Sucitto, but of I went.”

Admitting that they both had very different characters, Nick recalls the abbot insisting they sleep under the trees, chant in the morning and every evening, and often take part in all-night meditation sessions.

“We did everything just as the Buddha would have done, and it really was hard.

“We even had to live on just one meal a day and could only eat what was given to us by the people in each village we stopped at.”

The companions kept a record of their journey and logged each destination by taking photographs, which they planned to take back to show their respective monasteries.

Then disaster struck, and the pilgrimage was thrown into turmoil when the pair were attacked and robbed.

“They took everything. We only had the basics, but they were everything to us. You have to remember this is a backward and lawless part of the country.

“The most upsetting thing was not having any pictures to bring back with us.”

After taking refuge in a local monastery for the night, the pair were forced to set off again, this time in search of a police station.

But despite the ups and downs, the pilgrimage was completed and both Ajahn Sucitto and Nick were compelled to publish the account of their journey on their return.

“We both wanted to write a book about our experience. I don’t think it was what either of us was expecting.

“Putting it together took 10 years, and that was only the first half! Ajahn Sucitto had to teach me to write; I didn’t have a clue where to start.”

Now the first half of their journey, aptly named Rude Awakenings, is available in Britain after it was first published in America by Wisdom Publications.

Since the book’s completion in 2001, Nick has worked at meditation retreats all over the world, including the White Mountains of Crete and the Slovenian Alps.

“We have plans to team up to complete the second part of the book next year, but for now I’m happy teaching meditation.”