Garranes, Ireland -- It has been announced that the Dzogchan Beara retreat centre will build a copper-domed traditional Tibetan Buddhist temple on the centre’s land. 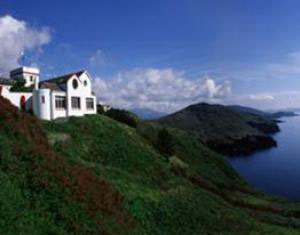 Matt Padwick, the director of the retreat said “A number of fishermen returning to (Castletownbere) port tell us they love to see the centre because they then feel they are home. Maybe they will soon see a new building which will be like a spiritual lighthouse.”

Padwick said “We need to fundraise the money before we can start. At the moment we have collected just over €100,000. In some ways it is the most difficult time to raise money because of the economy and we are taking on a challenge. But so far we have had a very positive response."

Each year 300 people come a visit the center for weekend retreats, to learn art and meditation.

“We have a wonderful view here. Many of the people who come here to learn meditation do so on the recommendation of family and friends and that’s very nice,” said Padwick “I think with the development of the temple we are looking forward to a very bright future.”

The name Dzogchen Beara means “great perfection” in Buddhist tradition. Tibetan masters have commented in the past on the beautiful surrounding of the center and the profound peace there.

“We welcome everyone, from all walks of life and of any faith or none, and offer many different ways to visit Dzogchen Beara,” said Padwick.