Taxila, Pakistan -- Foreign delegates attending the Gandhara Week celebrations this week visited the ancient city of Taxila where they were captivated by the rich archaeological and cultural heritage. Delegates from different countries including Korea, Japan, Thailand, Sri Lanka and China were unanimous in their observation that both public and private organisations needed to make concerted efforts to exploit the country's true potential and attract more and more tourists. 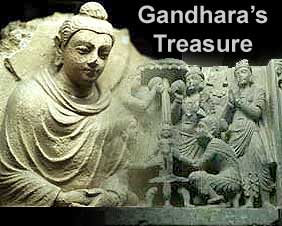 Talking to local media, they said improper publicity and lack of infrastructure at a number of destinations were hindering growth in Pakistan’s tourism industry. Commenting on the Gandhara Week, the delegates said such events would promote religious tourism in Pakistan, besides projecting the country's soft image globally. Pakistan harbours rich Buddhist treasures, they added.

The event is part of the Destination Pakistan 2007 programme being observed with the theme: "Historical review of the world's ancient Buddhist civilisation." Another significance of the celebrations is that Buddhists across the globe are observing the 2,550th birth anniversary of the great Buddha.

On their arrival, the delegates were received by Department of Archaeology Deputy Director Sarwat Baig and Taxila Museum Curator Amanullah. They were briefed on the fascinating history and cultural heritage of the country, which was the site of one of the world's earliest human settlements.

Gandhara is the one of the holiest places for followers of Buddhism and is the place from where the religion flourished across the globe.

Harjeet Kaur, a tourist operator from Malaysia, on the occasion, said potential tourists especially from Europe and Far East were reluctant to visit Pakistan due to its internal situation and regional conflicts.

The chief priest of Enmanji Temple Japan, Ryoko Nishioka, appreciated the Ministry of Tourism for organising the event and the hospitality extended to the foreign delegates. He said the Japanese government was ready to extend financial assistance to the Pakistani government for restoration and preservation of Buddhist sites.

Chief Monk of Thailand Phrathe Pankanvee said he was amazed to note the excellent preservation and restoration of the ancient Buddhist sites in Pakistan. He said 90 per cent of the Thai citizens were Buddhists and considered Pakistan their second home.
The Buddhist art of Gandhara influenced not just the art of united India but that of the entire Buddhist world. So said Prof Fidaullah Sehrai, former director of the Peshawar Museum and former chairman of Peshawar University's archaeology department, on Wednesday.

He was delivering a lecture at the Peshawar Museum to a 54-member foreign delegation on the religion, art and architecture of the Gandhara period, said a press release.

Members of the delegation included Buddhist monks, tour operators, journalists and travel writers from China, Korea, Japan, Thailand, Bhutan, Nepal, Malaysia, Bangladesh, Myanmar and Sri Lanka. Prof Sehrai, an expert on the Buddhist art and architecture of South Asia, said the first Buddha image of the world was created in Gandhara which was its greatest gift to the world of Buddhism.

He said Buddhism in Gandhara had taken various forms from time to time. It had started with Hinayanism, which was introduced by Ashok Maurya, and changed into Mahayanism in the time of the Kushan Emperor Kanishka who ruled in the first century AD. It was Mahayanism which had given impetus to the growth of Gandhara art. Later, Mahayanism changed into Vairayana and Tantrayan forms of Buddhism in Swat which reached Tibet and become Lamaism, he said.

He said the Gandhara art reached the climax due to the royal patronage of Emperor Kanishka and prosperity which Gandhara achieved from foreign trade and commerce on Silk roads which connected it with Central Asia, Western countries and South Asia. He said the subject matter of the Gandhara art was life stories of the Buddha, written in Peshawar and carved by sculptors in their light stones.

He said the reasons for the decline of the art were the lack of royal patronage after Kanishka's death and the disconnection of Silk roads by the Sassanian rulers of Iran.