ISLAMABAD, Pakistan -- A three-day international workshop on Gandharan Cultural Heritage started at Quaid-e-Azam University (QAU) on Wednesday. The event has been organised by the Taxila Institute of Asian Civilizations (TIAC) in collaboration with Centre for Documentation and Conservation, Aachen University, Heidelberg Academy of Science and Humanities, Germany. 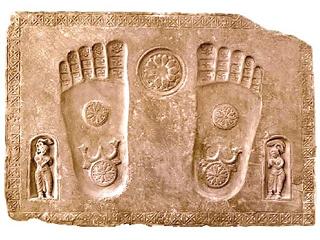 << Northern areas of Pakistan, starting from Potohar Plateau to mountains in Swat, boast of some of the oldest Buddhist sites in the region. PHOTO: FILE

The main objective of the workshop is to promote the cultural heritage of Pakistan. Different scientists and scholars will discuss recent researches conducted on Buddhist heritage of Gandhara, providing an opportunity for learning and exchanging views on the topic.

Federal Minister for Culture Pir Aftab Hussain Shah Jalani was the chief guest at the occasion.

In his opening remarks, Prof (Dr) M Ashraf Khan, Director Taxila Institute of Asian Civilizations (TIAC) highlighted the efforts of the institute in the field of research. He said that the department had conducted many surveys and documented different sites including rock carvings along the Karakorum Highway, Soan Valley and Salt Range, for a better understanding of the ancient sites and their importance.

Dr Ashraf Khan said that during the archaeological survey of Rawalpindi and Islamabad, teams explored and documented 300 archaeological sites and monuments which are “an asset for the country.”

“I hope that after this workshop, a positive message would be sent across the world that Pakistan is a country where people are working to promote and preserve culture sites,”  he said.

Federal Minister for Culture Pir Aftab Hussain Shah Jilani who inaugurated the workshop said that it was our prime responsibility to protect, preserve and promote this glorious heritage.

Jilani said that government was committed to promote the cultural heritage in the country and many projects were being planned for the cause, including Gandhara tourist spot. He lauded the role of the department for conducting different surveys and documenting the Buddhist sites and assured the full cooperation by the ministry in this regard.

Prof (Dr) Masoom Yasinzai, Vice Chancellor of QAU, said that the Buddhist heritage of Gandhara that was spread over the vast region of the Khyber-Pakhtunkhwa and northern Punjab was the real asset of Pakistan.

He said that different holy sites belonging to the Buddhist faith were found in the country, including Taxila, Peshawar, Swat, Mansehra, Shahbaz Garhi, Takht-e-Bahi. “These are the evidences of a rich Buddhist heritage from its origin during the days of King Ashoka,” he said.

Dr Yasinzai further said that the workshop will emphasise on the appropriateness of further research in the country by exchanging the views of different scientists.

Scientists, researchers and scholars from different countries are participating in this three-day international workshop which would conclude on December 3.