KATHMANDU, Nepal -- Around 200 Buddhist monks and nuns were killed when about 1,000 monasteries collapsed in the massive April 25 earthquake and subsequent aftershocks in Nepal, according to authorities. 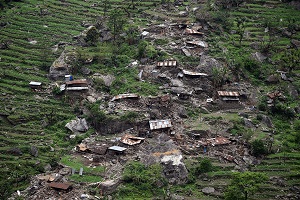 Buddhist philosophy promotion and monastery development committee (BPPMDC), under the ministry of federal affairs and local development, said that all 215 monasteries in Sindhupalchok district were flattened due to impact of the earthquake.

A total of 150 Buddhist monasteries collapsed in Gorkha, 105 in Dhading, 60 in Rasuwa and 60 in Solukhumbu.