Kashmir, Pakistan -- An operation to restore priceless manuscripts, antiques and artefacts damaged in the recent Jammu and Kashmir floods has begun in India. 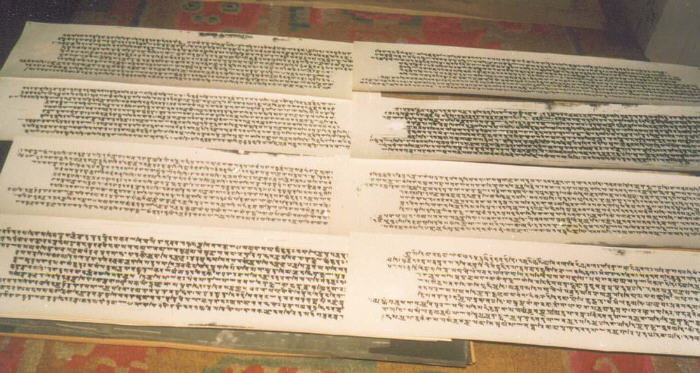 Housed in Srinagar's Sri Pratap Singh (SPS) Museum, almost 90% per cent of the artefacts have been irretrievably damaged.

Many of the 6th century Gilgit manuscripts – the oldest surviving Buddhist manuscripts – are feared to have been destroyed by the recent floods, reports the Press Trust of India.

"Apart from the manuscripts, other artefacts like Kashmiri shawls, exquisite sculptures and paper mache figures have been destroyed," said Saleem Beg, former director of the Indian National Trust For Art and Cultural Heritage (Intach).

The Intach survey revealed that callous handling of damaged items may have worsened the effect of floods on the priceless paintings and other items.

A three-member expert team, headed by the National Museum director (conservation), has left for Kashmir for initial fumigation and assessment, reports the Times of India.

Beg said that the loss in terms of history and culture has been monumental. "Ancient Sharada manuscripts in Sanskrit and Kashmiri (languages) have also been severely damaged in the deluge.

"Islam came to Kashmir in the 14th century but there's a 16th century decree using both Sharada and Persian showing Sharada was still used for 200 years. It had some of the finest antique shawls including the one presented to Queen Victoria. The museum itself was established in 1898."

Pointing to official apathy in attempts to save the damaged items, he showed photographs of dogs treading on antique shawls that were "casually put out to dry" in the open sunlight after flood waters receded and called the loss a result of "institutional failure".

However, experts believe not all is lost and that steps like freezing, vacuuming and reduction (removing of oxygen) can help restore some of the items.

The floods claimed over 400 lives and wreaked havoc in both Indian and Pakistan parts of Kashmir with incessant rains leading to the flooding of the Jhelum River.