Bhutanese monks protest ban against voting and running for office

Monks are to “remain above politics” according to the Constitution. Some monks agree; others view the ban as contrary to the country’s ‘reformist spirit.

Thimphu, Bhutan -- Some Buddhist monks have expressed their opposition to the country’s electoral law which makes them ineligible to vote or run for office. At the end of the year the Bhutanese will be called to choose their own representatives in their first parliamentary elections. 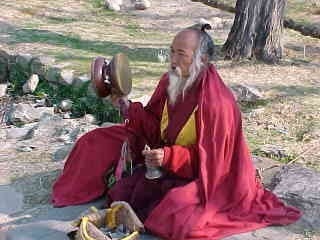 Former King Wangchuk is behind the ongoing process of democratization. Through a series of political reforms he introduced, his kingdom is becoming a constitutional monarchy. The steps taken so far are: abdication in favour of his Jigme Khesar Namgye; the drafting of a constitution; elections to a bicameral parliament.

However, the exclusion of monks from the political process is for some of them “contrary to the reformist spirit announced by the king.” Others instead back the decision saying that “it is correct to the extent that in the Buddhist tradition spiritual leaders should not handle political issues.”

In Bhutan Buddhism is the state religion, and Article 3 of the recently-approved constitution stipulates that “Buddhism is the spiritual heritage of Bhutan, which promotes among others the principles and values of peace, non-violence, compassion and tolerance. … It shall be the responsibility of religious institutions and personalities to promote the spiritual heritage of the country while also ensuring that religion remains separate from politics in Bhutan, Religious institutions and personalities shall remain above politics.”