Dharamshala, India -- The spiritual leader of Tibet, His Holiness the Dalai Lama said time has come for India to revive her ancient traditions and combine its knowledge with modern education for betterment of humanity. 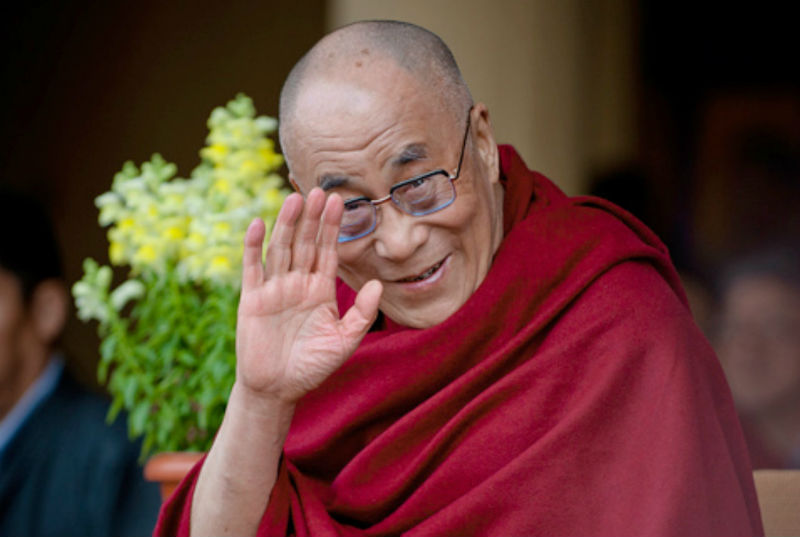 The Nobel peace prize laureate has sent a video message to the 1st Founding Members' Conclave of International Buddhist Confederation being held in Delhi, the capital of India from 9-12 September.

"Buddhism like other world religions preach development and promotion of morality, love, compassion, tolerance and contentment," His Holiness the Dalai Lama said in his message to the Conclave of the International Buddhist Confederation.

"The unique aspect of Buddhism is that it is a science dealing with mind and emotions, and it has a potential to contribute to the humanity's well-being," His Holiness added.

With the growing interest in Buddhist tradition in India, the Buddhist leader said "time has come for India to revive this ancient tradition and combine its knowledge with modern education for the betterment of humanity."

A message also came from Burma's democracy icon and Nobel Peace laureate, Aung San Suu Kyi. She said as "the world makes tremendous material development and becomes highly interconnected, it needs peace, love, compassion, humility and understanding more than ever before."
Suu Kyi also expressed hope that the congregation will take an important step in promoting these values to make our world a better place to live.

According to the Tibetan administration, "over 250 representatives from Buddhist organisations and monastic bodies from Asia and other parts of the world are attending the congregation. Kalon Pema Chhinjor of the Department of Culture and Religion of the Central Tibetan Administration is among the participants."

The conference aims to create a platform for Buddhism in the global discourse and address common issues facing the modern world. The delegates will explore ways to address issues facing Buddhists in the modern world such as preservation of traditions and practices, equality, social engagement and environmental issues.

The International Buddhist Confederation (IBC) was formed during the first Global Buddhist Congregation held in Delhi in November 2011, to create a platform for Buddhism in the global discourse and address common issues facing the modern world.

Over 800 delegates and observers from Buddhist organisations from across the world attended the congregation.

The IBC works for the preservation and promotion of Buddhist heritage and values for benefit of the world community.
TOP