New Delhi, India -- A definite shift in India’s Look East Policy is underway with added emphasis on Buddha diplomacy under the new dispensation. Prime Minister Narendra Modi plans to market the Buddha card to the countries in the region as India is the place of origin of Dhamma and Sangha. He indicated such a change in emphasis by his first official visit abroad to a neighboring Buddhist country Asia, Bhutan, and then to Nepal, where Buddha was born. His first official visit outside South Asia was to another Buddhist country, Japan. 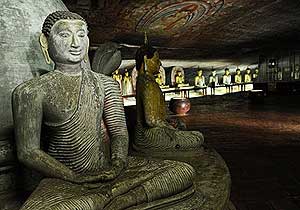 Chinese President Xi Jinping on his visit to India in September landed in Ahmedabad, Gujarat, where Prime Minister Modi received him and narrated the importance of the state in the Buddhist era and the visit of the ancient Chinese traveler,  Xuanzang (Hsüan-tsang) in 7th century AD. The Prime Minister of Vietnam, Nguyen Tan Dung, on a visit to India on October 27-28, made offerings at the Bodhgaya temple on his arrival.

The emphasis in the policy is likely to become more evident when the Prime Minister visits Nay Pyi Taw in Myanmar for the India-ASEAN Summit and East Asia Summit slated in the second week of December. Further edge to the new Look East Policy will be given when he visits Brisbane for the G20 Summit and have bilateral meetings with the Australian Prime Minister Tony Abbott in the middle of next month. Thereafter, Modi gets the chance of expressing his Neighbors First Policy at the SAARC Summit in Kathmandu (November 26-27).

People-to-people contact is one of the cornerstones of Modi’s foreign policy. His plans for making this as central to South Asia and then integrating with the South-East Asia makes him deploy the soft power of Buddha diplomacy. As forging integration in South Asia may become difficult due to the belligerent attitude of Pakistan, the Prime Minister may have the option of taking along with him the BIMSTEC group of countries -  Bangladesh, India, Myanmar, Sri Lanka, Thailand, Bhutan and Nepal – and seek integration with the 10-member ASEAN bloc.

With a vast population of Buddhists in East and South-East Asia plans are afoot to make India a pilgrimage for world Buddhists. The work on phase-I Buddhist Tourist Circuit is gathering pace. This includes Lumbini in Nepal where the Buddha was born, Bodhgaya where he attained enlightenment under the Bodhi tree, Sarnath in Uttar Pradesh where he delivered his first sermon, Rajgir in Bihar where he lived and taught, Nalanda which became the center of Buddhist learning and teaching, Kushinagar in UP where he departed from the world, Kapilavastu on the India-Nepal border where the Buddha spent his early years before embarking on the long journey to enlightenment, Vaishali in Bihar where he delivered his last sermon, Sravasti in UP where he spent 24 rainy seasons at Jetavan monastery and Kausambi where he preached.

A study by the International Finance Corporation has suggested an investment of Rs. 500 crore each by the public and private sector over a span of four years. The government has proposed some initial investment in the current budgetary proposals. As the government is bullish in attracting Foreign Direct INnvestment (FDI), Modi is expected take up this issue with leaders of East and South-East Asian countries. As regards the revival of the ancient Buddhist center of learning, Nalanda University, several countries have already pledged their contributions.

Buddha’s relics are found in many places across India and other parts of the world, interred within hemispherical mounds called stupas. In subsequent phases there are plans to develop ancient Buddhist sites across 17 States in the country, including Madhya Pradesh, Himachal Pradesh, Jammu & Kashmir, Sikkim, Karnataka, West Bengal, Andhra Pradesh, Maharashtra, Arunachal Pradesh and Odisha.

Believers from several Buddhist countries like Bhutan, Bangladesh, China, Japan, Myanmar, Sri Lanka and Thailand have set up monasteries around the Mahabodhi Temple in Bodhgaya for their pilgrims. But in modern times, there is need to develop accommodations and budget hotels for different classes of tourists. Since the conception of the Buddhist Tourist Circuit in 1986, little has been done and India attracts a mere 0.005 percentof global Buddhist tourists. Most foreign tourist arrivals are in the winter season as they find summer uncomfortable; they miss out Buddhist sites on major festive occasions like Buddha Jayanti in the month of Vaisak (April/May). There are other festive occasions celebrated in India like Lasar or the Tibetan New Year, Hemis Fair in Ladakh, Ullambana, Sangha Dayor Magha Puja, Asatha Day and Pavarana Day.

While India is seeking help for revival of Buddhist sites, it is also helping to revive ancient temples and sites in South-East Asia. Hence it seems to be a quid pro quo basis of cooperation. The Archeological Society of India is engaged in reviving Angkor Vat and Ta Prohm Temples in Siem Reap in Cambodia, Vat Phou Temple in Laos, Ananda Temple in Bagan in Myanmar, Thiruketeeswaram Temple in Mannar in Sri Lanka. It is slated to take up works on the My Son Group of Temples in Vietnam.India has the excellent opportunity to rope in Mahayana Buddhists from China, South Korea, Japan, Taiwan, Singapore and Vietnam, Theravada Buddhists from Cambodia, Thailand, Laos, Sri Lanka, Myanmar and Vajrayana Buddhists from Tibet, Mongolia, Bhutan, western China, Russia and Nepal. Sikkim in India is the home to all sects of Buddhism. Countries like Indonesia and Malaysia, which are now not Buddhist countries, have ancient Buddhist sites of importance to tourism.

Buddha in Indian diplomacy is a soft power that can connect to the people in the East and South-East Asian region. China would have particular interest in the travel route of the ancient Chinese scholars like Xuanzang (Hsüan-tsang), Faxian (Fa Hien) and others. Himachal Pradesh, Ladakh and Arunachal Pradesh host numerous sites of interest to Mongolian and Tibetan Buddhists. China, which is ready to give an alternative route to the Hindu pilgrim site at Mansarovar in Tibet via Nathu La in Sikkim, should be liberal in allowing Tibetan pilgrims to visit India.

After hosting the Olympics in Beijing, China has become assertive in projecting its ancient cultural identity, and will look towards India for its ancient linkages, particularly in matters of the spread of Buddhism and the visit of ancient scholars. Though its claim over Arunachal Pradesh remains a contentious issue between the two countries, many analysts believe that ultimately it has to look towards India in quest for preserving its ancient tradition and culture.

Buddha diplomacy, therefore, can be an effective tool and soft power for India’s engagement with South Asia, South-East Asia, East Asia, China and even Russia, which has a history of interest in Indian mysticism. People-to-people contact and cultural exchanges can go a long way to resolve contentious political issues in the near future. Moving a step ahead, Mr Modi at the UN General Assembly proposed a UN Day for Yoga, which received instant support from Nepal, Bangladesh and Sri Lanka. It appealed to many Buddhist countries also.

An India-Buddhist axis is a well thought of plan in the country’s diplomacy for the entire India-Pacific region. Can the Modi Government attract considerable Foreign Direct Investment (FDI) for developing the Buddhist Tourist Circuit and make India a beacon for global Buddhists? Only the future will tell how far India’s Buddha diplomacy would go to bring about bonhomie in the region and resolve contentious issues.