Buddha Purnima 2017: Know all about Vesak, significance and history

New Delhi, India -- The reason why Buddha Purnima is also known as Vesak because it is celebrated in the "Baisakh" or the "Vaisakha" month. 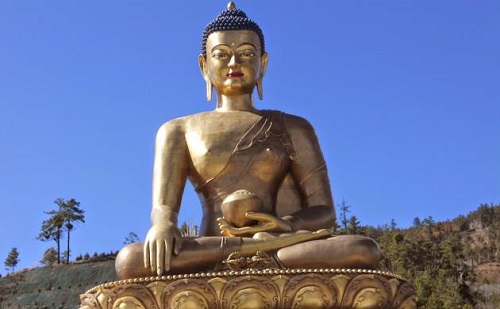 Gautama Buddha who was known as Siddhartha Gautama was a spiritual teacher on whose teachings Buddhism was founded. The time of Gautama Buddha’s birth and death is uncertain. However, most historians date his lifetime between 563-483 B.C. Most people consider Lumbini, Nepal as birth place of Buddha. Buddha died at the age of 80 at Kushinagar, Uttar Pradesh.

It celebrates the basic beliefs of Buddhism - karunaa (kindness) and ahimsa (non-violence).

Followers of Buddhism have been celebrating Buddhist festivals for centuries, the decision to celebrate Vesakha as Buddha's birthday was taken at the first conference of the World Fellowship of Buddhists held in Sri Lanka in 1950. It took another 49 years for the United Nations to recognize the importance of Buddha Purnima. The UN announced only in the year 1999 that it would be celebrating Buddha Purnima at their offices and at their headquarters at New York City.

The reason why Buddha Purnima is also known as Vesak because it is celebrated in the "Baisakh" or the "Vaisakha" month. The festival is celebrated according to the Hindu and the Buddhist Calendar in Nepal. Buddha's birth place celebrates Buddha Purnima on the day of the full moon.

In countries like Indonesia, Laos and Thailand, Buddha Purnima is celebrated according to the Chinese calendar. Following the Chinese Lunar Calendar, these countries celebrate Buddha's birthday on the 14th or on the 15th day of the fourth month.

The dharmacakra or dharma wheel is a symbol often seen during Vesak. It is a wooden wheel with eight spokes. The wheel represents Buddha's teaching on the path to enlightenment. The eight spokes symbolize the noble eightfold path of Buddhism.
TOP