Kalon Tripa To Leave for Chandigarh 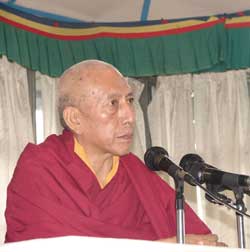 Kalon Tripa is invited as the chief guest at the inaugural session of the ISBS conference hosted by the Department of Chinese and Tibetan Language, Punjab University, from 7 to 9 September.

This year the conference will focus on Buddhism in Tibet.

The ISBS is a registered non-governmental academic society that cares for the restoration and dissemination of the glory of the Buddha's teachings in their true spirit.

Following the inaugural session, Kalon Tripa will meet and talk to the Tibetan students studying in Chandigarh.

Kalon Tripa will be back in the office on 8 September.