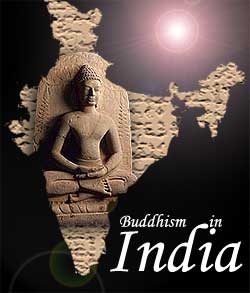 The bill, a copy of which is with NDTV, now says there's nothing illegal about converting from one denomination to another within a religion. It also claims that Buddhism and Jainism are part of Hinduism.

Since 1992, the BJP has been actively wooing the Dalits, who in many areas now make up their new vote bank.

And this amendment ensures that Dalits will now be placated. If, for instance, they convert to Buddhism and thousands have done so over the years, they will now not be breaking the law.

"The matter which is to come up for discussion before the house should not be discussed beforehand," said Ashok Bhatt, Parliamentary Affairs Minister.

The Buddhists of course aren't pleased with the government's cavalier attitude.

Constitutional experts say that it’s debatable whether Jainism is part of Hinduism or not. But there's no way Buddhism can be clubbed with Hinduism. They suspect a political agenda behind the move.

"The basic purpose of the bill is to prohibit conversion, but the amendments results in Buddhism being converted into Hinduism. This is not right," said Girish Patel, activist and lawyer.

The opposition of course is only too happy to expound on this theory.

"The BJP and RSS always tried to exploit religion for political benefits. The bill in its original form was aimed at that and now with the amendments and subsequent definitions of religion provided in the bill, the attempt is again to extract political benefit," said Arjun Modhwadia, leader of opposition.

Over the past few years the BJP has improved its tally both in terms of number of seats and vote percentage in Dalit and tribal dominated areas like Panchmahals and the Dangs.

The amended act will now ensure that these political gains are consolidated.