New Delhi, India -- Kanshiram is dead but the Dalit icon lives. The 72-year old bachelor, who single handedly changed the political discourse for the untouchables in the past three decades, died of protracted illness on Monday. 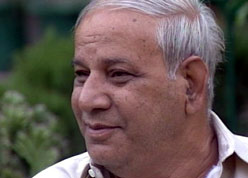 Some political thinkers consider Kanshi Ram’s contribution to Dalit cause as far more solid than Balasaheb Ambedkar, who was the first to put the focus on the suppression and denial of rights of scheduled castes.

Where Ram scored over others was in making the major national parties like the BJP and the Congress marginalised in Uttar Pradesh, the largest state that sends about eighty lawmakers to Parliament.

Kanshiram’s tryst with Dalit cause took off in 1978. He floated Dalit Shoshit Samaj Sangharsh Samiti three years later in 1981. Three years later he started Bahujan Samaj Party (BSP). Though he did not succeed in entering parliament in his first attempt in 1987 when he challenged Vishwanath Pratap Singh who was seeking re-election from Allahabad, he was successful in 1991 when the electorate of Etawah sent him to Parliament.

In the past couple of years, he remained bed ridden with multiple ailments like stroke, diabetes and hypertension. He made his last public appearance in March this year on the occasion of his 72nd birthday.