Leh, Ladakh (India) -- It's the coming of sowing season in India's remote Ladakh region. Villagers herald the season as they throng to a palace monastery in a spirit of celebration and hope. 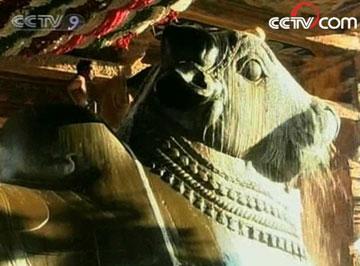 << Villagers herald the season as they throng to a palace monastery in a spirit of celebration and hope.(Photo: CCTV.com)

The villagers offer prayers and light butter lamps at the monastery, in the hope the offerings will bring a good harvest.

The Shey Palace, situated on a hilltop in Shey village, was abuzz. Villagers and farmers from around the region visit the palace's monastery, to take part in the Shey Doo Lhoo festival.

The festival is celebrated annually at the ancient palace. It comes on the 25th and 26th days of the first month of the Tibetan Buddhist Calendar. The festival is marked by special rituals performed by monks in the main temple. Several other religious rites are observed during the two day event.

Sonam Angchuk, local people, said, "Shey Doo Lhoo is celebrated every year at the Shey palace monastery. All arrangements are made by the villagers. Special rituals are performed by the monks of the monastery during the two-day festival. It's a kind of monastic celebration to mark the beginning of planting season."