London, UK - Throughout the year, Buddhist organizations plan a variety of explicitly Buddhist activities for the Sri Lankan community in London. Full moon days are highly important for both monks and lay people for religious observances. 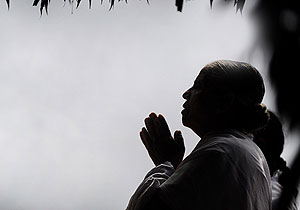 In Buddhist countries, the twelve full moon days of the year are celebrated with special activities. On those days, lay Buddhists devote their lives for observing the eight precepts. Dhamma discussions are held and the entire day is used for reflection on religious matters.

For Theravada Buddhists, Vesak has extremely important symbolical significance. In Theravada Buddhist countries, Vesak commemorates the birth, awakening and the death of Siddhartha Gautama Buddha. Celebrations are held during the Full Moon of May. Weekly, monthly and annual programs in the Sri Lankan Buddhist temples are conducted both in Sinhala and English languages depending on the nature of the devotees attending them.

Poson full moon, which celebrates the introduction of Buddhism to Sri Lanka in the 3rd century BCE by Emperor Asoka’s son Arhant Mahinda, is another important occasion for special religious observations. This is the second most important religious day for Sri Lankan Buddhist communities. Like the Vesak celebration, Poson celebration also includes Buddhist sermons delivered by famous monks and the Poson celebrations conclude with an evening of devotional Buddhist songs composed and sung in honor of the Three Jewels called Bhaktigita (devotional songs) are believed to have been invented in the late nineteenth century within Sri Lankan Buddhism as an element of Buddhist revival which some scholars have identified as features of Protestant Buddhism.

Observations of Other religious days

In addition to these, there are other festivals. Dhammacakka celebration commemorates Gautamaa Buddha’s deliverance of the first sermon, which sets out the most fundamental doctrines of Buddhism. The Kathina held in October is perhaps the most important religious function organized by Buddhist temples of all Theravada countries, which demonstrates communal aspects of Sri Lankan Diaspora Buddhist community.

In Theravada Buddhist traditions, Kathina (‘hard’) celebration marks the end of the three-month-rain-retreat by offering the Kathina robe. The rain retreat of Theravada monks is a period of intense religious practice and social welfare for one’s own local community. While the lay devotees engage in various religious observances during the three-month period, at the end of the retreat new robes are offered to the monks who enter the retreat. The concluding ceremony is held in October and the annual religious activities include sermons and ceremonial offerings to the 28 Buddhas of the past called Atavisi Buddha Puja.

In recent years, Buddhist temples have increasingly recognized the contributions that women can make in spreading the teachings of the Buddha. On the last full moon day of the year in December, Buddhists celebrate the Sanghamitta Day. The Sanghamitta Day commemorates the service of Buddhist nuns to world civilization. Arhant Sanghamitta, one of the daughters of Emperor Asoka and sister of Arhant Mahinda, like her brother received ordination and came to Sri Lanka to establish nuns’ ordination. When Sanghamitta came to Sri Lanka, she also brought a sapling of Bo tree from Bodh Gaya to be planted in the ancient city of Anuradhapura, Sri Lanka.  Buddhist centers celebrate these important events with special programs.

By examining Dharmapala’s Ceylonese roadmap for an emerging world Buddhism, we look at the importance of historical episodes such as the late nineteenth century World’s Parliament of Religions in Chicago to highlight and reinforce the fact that over a period of 150 years Dharmapala has ascended to become the most important Buddhist visionary and religious leader for the twenty-first century Buddhists in Sri Lanka. (See recent book titles such as Anagarika Dharmapala: Bodu Pubuduve Niyamuva, 2006 (Anagarika Dharmapala: The Navigator of Buddhist Revival), Jatiye Piya, 1979 (The Father of the Nation: Anagarika Dharmapala).

Dharmapala’s provocative yet often-cited conference speech in the World’s Parliament of Religions subsequently enabled Dharmapala to promote Buddhist activities in Europe and India. With a focus on England, this has identified some important international activities that Dharmapala initiated. The growth of the London Buddhist Vihara is the most important physical evidence that highlights the significance of Ceylonese roadmap that Dharmapala had prepared for European Theravada Buddhism. No doubt it will remain as one of the greatest achievements of Dharmapala’s international career outside Asia for the years to come. Dharmapala’s modest initiatives that he undertook in India and Sri Lanka have subsequently enabled the gradual growth, firm establishment and strong expansion of Theravada Buddhism outside Sri Lanka.

Dharmapala’s roadmap takes into account important shifts and transitions that emerged in Theravada Buddhism until the beginning of the twenty-first century with subsequent expansion of Sri Lankan Buddhist temples in the UK. Outlining some religious and cultural activities that Sri Lankan Buddhist temples in London organize to bring together both the Sri Lankan diaspora and the British to Buddhism, this has demonstrated evidence in evaluating continuing legacy of Dharmapala’s vision in strengthening Buddhism in Sri Lanka and abroad.

----------
Ven. Dr. Mahinda Deegalle is NEH Professor of Humanities at the Department of Religion at Colgate University, New York, USA and Reader in Religions, Philosophies and Ethics at Bath Spa University, UK.