Colombo, Sri Lanka -- The satellite TV channel "The Buddhist", inaugurated by the Sri Lankan President Mahinda Rajapaksa in Colombo on Friday, would be a celebration of the ancient cultural and religious ties between Sri Lanka and India, a top Sri Lankan official said. 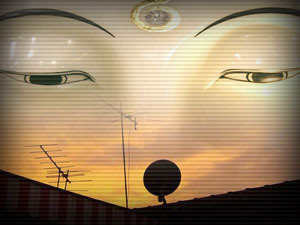 "The coming into existence of this channel on the 2315th anniversary of the arrival of Buddhism in Sri Lanka from India, is symbolic of the inalienable and irreversible ties between the peoples of the two countries," the Secretary to the President, Lalith Weeratunga told Hindustan Times.

It was Prince Mahinda, son Emperor Ashoka of India, who brought Buddhism to Sri Lanka in the 3rd century BC.

Known in Sri Lanka  as an  Arahant (having attained a spiritual status second only to Buddhahood) Prince Mahinda and his sister Princess Sangamitta had a tremendous impact on Sri Lanka.

The island became a bastion of Buddhism, the Theravada school of Buddhism, to be precise. Today, Sri Lanka is the only Buddhist country in South Asia, though in the past, the religion had a strong hold on much of India, and what is now Bangladesh, Pakistan and Afghanistan.

"The relations between Sri Lanka and India may have had ups and downs, but these have only been conflicts between parties. The two peoples, Indians and Sri Lankans, have had no problems dividing them. The bedrock of the relationship has been religious and cultural and this is inalienable and irreversible," Weeratunga said.

Inaugurating the 24-hour channel run by the Sambodha Vihara Foundation and the private sector, including the Malaysian-Sri Lankan telecom company Dialog, President Rajapaksa said it was time Sri Lanka repaid its debt to the Buddha by spreading his message to the rest of the
world desperately seeking release from violence, greed and misery.

Weeratunga said that the President was quite excited about the project.

The satellite channel would begin with services in Sinhala and English but will soon have services in Tamil, French and other international languages.

Politically, the channel will help reinforce Rajapaksa's standing among  the Sinhala Buddhists, who are more than 75 per cent of Sri Lanka's population, and who have been his main political constituency, political observers said.

Rajapaksa came to power playing the Buddhist card, and has to be seen as being a guardian of the faith if he is to remain in power.

Buddhism is entrenched in the Sri Lankan constitution as the "foremost religion" though other religious are given all democratic freedoms. The State is enjoined to protect the Buddha Dhamma (religion) and the Sangha (the orders of monks).

Unlike in India, religion is given a lot of importance in school curricula, state functions and broadcasting in Sri Lanka.

Earlier on, the state owned Radio Ceylon had sponsored Christian programmes in its Asian service, which were big money spinners just as the Hindi and Tamil services were. But Buddhist nationalists stopped it fearing conversion.

Presently, the cable services relay the Christian "God" Channel, which is popular among the elite. The Muslim services on radio and TV have a lot of religious programmes. Though Buddhist monks had been coming on the air regularly, there was no Buddhist station or channel as such. The Buddhist  has filled the void.

Political observers said that the inauguration of a Buddhist channel might give rise to demands for the starting of Christian and Islamic channels too.