Colombo, Sri Lanka -- Television can be defined as a system for reproducing on screen visual images transmitted, with sound by radio signals. Today, it is one of the most powerful and popular electronic medium in the world. 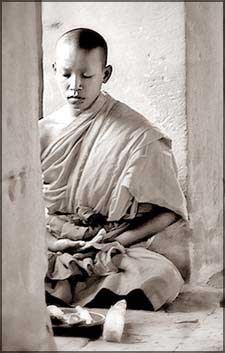 It was introduced to Sri Lanka in 1979/1980. Television is undoubtedly the most powerful mass communication medium. Why is it powerful and popular? Because, the subject that it communicates goes directly to each and every home simultaneously. In short, the television medium captures the entire family at the same time. Therefore, its impact is enormous.

The audio visual contents should in the television can be used for the betterment as well as to the detriment of society. Most TV channels in the world give prominence to rouse the five senses.

There were many reports published in the West, after sociological research studies depictive that violence is detrimental to society. Some programs that are telecast in Sri Lankan channels are not suitable to children and young minds.

Therefore, it is very important that our TV Channels give priority in presenting programs of aesthetic values elevating the artistic appreciation of the entire family and the society at large. It should be educative at the end.
Propagating Dhamma

The Buddhist Channel comprises programs on the teachings of the Buddha. These prestigious educative programs are based on Seela, Samadhi, and Pragna, Morality, Concentration and Wisdom respectively.

The idea is to inculcate moral, ethical, spiritual values in individuals. Our thinking and philosophy is to build a truly exemplary Buddhist Society in our country and to create an international image of our country. It is with this good intention, the Buddhist channel was started as the world’s first-one and only Global Satellite Television Broadcasting Network.

President Mahinda Rajapaksa, who inaugurated the Buddhist Channel, a year ago, stated these encouraging words of wisdom.

“One Poson Day, more than 2,000 years ago, Arahat Mahinda Thera, son of the Great Emperor Asoka of India, brought the message of Buddha and Dhamma to our island. Today, using modern technology, we can send the Buddha’s message to the entire world.”

As the President stated it is the ‘Gift of Dhamma’ that Sri Lanka is eminently qualified to disseminate among the people of the world. as the Buddha and Dhamma illuminate the way for the mankind to cross from the world of darkness, hatred, delusion, suffering and conflict into a new world of light, filled with love, kindness, compassion, peace and happiness.

This is to be achieved within the next few decades of the 21st century, making it the catalyst for a new world order of righteousness.

A pious Hindu, Tamil gentleman, Muhundan Kanage, was the owner of CBN SAT TV Channel (Pvt) Limited. When his company was acquired by Dialog Television (Pvt) Ltd, he insisted on having a Sri Lankan Buddhist channel and made arrangements with the new owners to allocate a Buddhist channel in their package and donated the TV equipment he owned to Sambodhi Viharaya, Gregory’s Road, Colombo.
The origin

Today, it is part of the religious programming of the Dialog Sat TV, which is a DTH service given to its subscribers free of charge like the other religious channels-Christianity, Hinduism and Islam. At the same time, the SLT Vision Com is also transmitting these Buddhist programs. The Buddhist channel is still in its infancy. It has not yet fully established in Sri Lanka.

Sri Lankans can view The Buddhist channel programs on TNL for a couple of hours commencing from 3.00 p.m. daily.

It is not that easy to maintain and administer a TV channel successfully. I pay a tribute to the producer and the technical staff and the presenters who perform their duties successfully under difficult conditions.

The Buddhist Channel is maintained by the members of the Management Committee of the Sri Sambodhi Viharaya, consisting of men of highest integrity and honesty.

Further, the generosity of the philanthropist who donates funds to run the Buddhist channel is highly commendable and appreciated.

According to the production plan, I noticed, that the Buddhist channel has designed the program content and format that will go on air daily. They lay special emphasis on the English language, to attract viewers worldwide. Some of the reputed, best educated, academics and professionals are regularly invited for the programs.

It is high time that Buddhists should support and extend a helping hand to expand the facilities of the Buddhist Channel.
As a global centre

They are now planning to start the construction and infrastructure for this network. The urgent need is to construct a building in Sri Sambodhi Viharaya premises to house the television production centre.

It should consist of editing rooms, sound recording and mixing studios, library, camera and light unit rooms. In short, it should possess a complete television studio. Recently, President Mahinda Rajapaksa inspected the work completed by the Board of Investment (BoI) at the International Buddhist Centre, Piliyandala.

The IBC is a large scale project to showcase Buddhism and its contribution to society in a single and dedicated location. It will become a magnet for Buddhists all over the world. Under Mahinda Chintanaya, the Government has identified as one of its objectives “To make Sri Lanka a global centre for the propagation of the teachings of the Buddha”.

This is carried out to enlighten the citizens on the achievements of peaceful co-existence through the Buddha and Dhamma. I am positive, the Buddhist channel in Sri Lanka housed at Sri Sambodhi Viharaya, Colombo, will play a lead role in achieving this objective.

The mission is already undertaken by the Most Venerable Shastrapathi Pandita Daranagama Kusaladhamma Nayaka Thera and the dynamic membership of the Committee of Sri Sambodhi Viharaya is already in motion to make the Buddhist channel a Terristial Telecastive service.

(The writer is Private Secretary to Minister of Education Hon. Susil Premajayantha.)