Kukai and the impact of Shingon Buddhism in stunning Koyasan: Amazing beauty of Wakayama

Koyasan, Japan -- Kukai is one of the most powerful individuals in Japanese history and religion. Today his legacy can be seen throughout Shingon Buddhism and this branch of Buddhism is still growing and developing in new countries. Kukai saw the world in a unique way and relayed this within esoteric Buddhism after various stages of his life created new milestones. 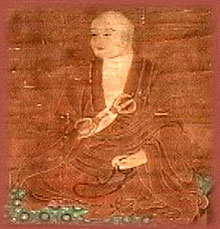 Today if individuals pay homage to Kukai by visiting Koyasan in Wakayama then the natural beauty of Shingon Buddhism shines right through. Koyasan is extremely beautiful and a real gem because of the stunning scenery which can be seen in all directions. This is matched by amazing architecture and plenty of places to pray and think about the bigger picture.

Kukai (774-835) searched high and low to find a place so remote and matched by exquisite nature before laying the foundation stone of this new vibrant faith. He knew immediately when he reached Mount Koya that a new “light” could be found because everything was sublime. Kukai who is also called Kobo Daishi went against the grain in Japan because he taught that enlightenment could be attained in one lifetime. This was extremely revolutionary for people who heard this for the first time.

This theory was extremely powerful in old Japan because now people could be held accountable directly within their current existence providing they had the power to reach enlightenment. Clearly this would have liberated many people and created a new freshness within the Buddhist faith. It also highlights that unlike conservative Islam and Christianity, that individuals within the Buddhist faith were not constrained by dogma or an over bearing “religious state” in this period of history.

It is easy to imagine Kukai spreading this message and debating many things in and around Koyasan. At the same time, it is clear that Kukai wasn’t closed to new concepts because he was a searcher and redeemer through his teaching.

Koyu Sonoda (http://www.asunam.com/kukai_page.htm) comments that “Kukai’s tolerance sprang from his personality and his genius, as well as from the nature of Shingon teachings themselves. In 830 he completed his work on the classification of the teachings and the place of Shingon within them, the Ten Stages of the Development of Mind in ten volumes. The classification was performed at the order of Emperor Junna, who had required all the sects to detail the essentials of their teachings. This work is based upon the chapter “The Stages of Mind” in the Great Sun Sutra. Kukai divided the human mind (or religious consciousness) into ten categories and compared each level with various non-Buddhist and Buddhist philosophies and sects in order to show that Shingon is superior to all. Kukai’s Ten Stages is more than just a classification of the teachings in the traditional style, for he extends the classification beyond the Buddhist sects to all religions and systems of ethics. From the standpoint of the esoteric teachings, the great and splendid wisdom of Mahavairocana Tathagata dwells profoundly within even the shallowest kinds of thought and religion. Consequently, the One Vehicle thought of esoteric Buddhism (Shingon), unlike the One Vehicle doctrine of esoteric Buddhism (Tendai and Kegon), is not incompatible with the Three Vehicles theory of Hosso. This tolerance inherent in Shingon prevented the Buddhist sects of Nara from coming into direct conflict with Kukai’s Shingon, and allowed them, almost without realizing it, to be absorbed within it. It was not only the Nara sects that were so influenced. The same thing is evident in the teaching program of Shugei Shuchi-in, the school Kukai founded next to Toji, which offered Confucian and Taoist as well as Buddhist studies; in social endeavors such as the reconstruction of Mannoike; and even in Kukai’s multifaceted cultural pursuits. As far as Kukai was concerned, even making tea and writing poems in the company of the emperor and nobles were forms of religious activity. The fact that he was so eminently popular among the people can be considered a further expression of his religious outlook.”

“Kukai died on Mount Koya on April 23, 835, and it is believed that even now he remains in eternal samadhi in his bodily form within the inner shrine on the mountain. This belief also is a legacy of the burning admiration felt for him by the people as a whole.” 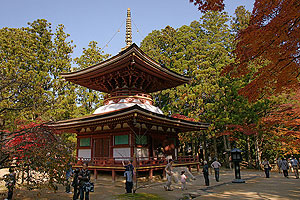 Kukai learnt much from China when he visited this majestic nation which is extremely rich in culture. On his return to Japan he brought new ideas from China and distant India. Kukai then fused these mass complexities within Japanese cultural concepts whereby the power of Shintoism can’t be ignored.

Near the end of Kukai’s life he stopped taking food and water and instead he meditated and it was reported that his body did not decay for several years.  Many legends have sprung up about Kukai and one claims that Kukai was transformed into an eternal Samadhi. Therefore, the legend states that Kukai wanders around Mount Koya where he is awaiting a major spiritual event to take place and this applies to the next Buddha Maitreya appearing.

This article only provides a glimpse into the world of Kukai because individuals should search this powerful religious teacher for themselves. After all, Kukai provides many insights into this world and connects this with the mystery of what is beyond. Yet Kukai also taught that enlightenment was obtainable in this life and for this reason his energy remains vibrant just like it did during his time on this earth.

Some cultural articles are republished based on the need to inform the international community about powerful aspects related to Japanese culture and history.