Buddhist Priests Use Pop Culture to Win Back Faithful

TOKYO, Japan -- Hip hop. Fashion. Zen café. Animation. Who could have thought that these pop culture staples would come to be associated with a religion known for its centuries-old traditions advocating a strict life of self-denial? 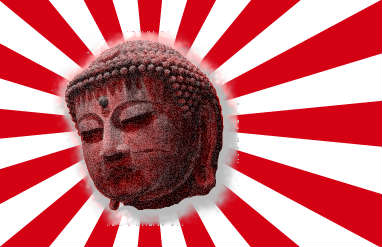 Yet Buddhist priests in Japan are riding on life’s fleeting pleasures to bring believers back and even attract young people into the fold.

Today, this religion is fading away, said Buddhist priests who spoke with IPS, and many of the country’s approximately 75,000 temples are facing the biggest crisis in their history, because hardly anyone ever goes to them these days.

Buddhism came to Japan in the sixth century through contact with Korea and China. It has co-existed and even complemented the East-Asian nation’s native religion, Shinto. It is customary for Japanese families to carry out funerals the Buddhist way and to keep a small house altar so they can pay respects to their ancestors, which is foundational to Buddhist teachings.

But that is probably all that can be said today of the faithful's adherence to things spiritual – or Buddhist.

Concerned that Buddhism is no longer part of everyday life, the Hongwanji Temple in Kyoto sought to reach out to the younger set by coming out with a DVD depicting the life of its founder, Shinran, of Shin Buddhism, considered the most popular form of Buddhism in Japan. The 108-minute anime, which cost about 3,600 yen (40 U.S. dollars) apiece, came with collectible miniature characters, key rings, pens and notes.

The results were mixed.

"A few people who saw it were very upset because they thought the DVD insulted Shinran’s sacredness," said KeishinTagi, a 27-year-old priest at Jodo Shinshu Temple. When he showed it to 15 kids at Sunday school, it proved "too long for them and they fell asleep," he said. "When I showed it to the adults, they said it was boring."

Other temples use different strategies. Some employ English-speaking priests who give inspirational speeches on Buddhism to attract tourists. Still others stage fashion shows, called the ‘Bozu Collections’, where nuns and monks dressed in ornate robes hit the runways in temples while chanting to the hip hop beat.

Hip hop is a type of music consisting of rhythmic vocal style called ‘rap’, which is accompanied by backing beats. It started in the Bronx in New York City. There are also the Zen cafés that are being promoted as places where one can experience spirituality while eating a vegan lunch. One café said, "Meditation and the hand-copying of ‘sutras’ [canonical scriptures] can actually be tried out under the guidance of monks" standing in front of the café. There’s also "live Buddhist music performances held twice a month."

Besides hoping to attract people to the faith, priests are also trying to break the perception that Buddhism is only for the dead, referred to as ‘Funeral Buddhism’.

More than three-quarters of Japan’s 127-million population, who are Buddhists, do not visit temples except for funerals or memorials, sources said. Temples are financially dependent on these services. In fact, they said, there are more funerals today because of the aging population and declining birth rate, which means there are fewer young people who help pay the temple bills that keep them afloat.

But what rankles many priests is not so much their temples’ dwindling coffers as the use of unconventional means to lure potential faithful and win back others among some Buddhist clergy, which they say are insulting to the religion’s hallowed traditions.

Masayuki Masuda, a 32-year-old priest, thinks otherwise. "The events and activities like anime [a contraction of ‘Japanese animation’], fashion shows and hip hop are temporary means to attract people," he said.

"The true purpose of these events is to make many people encounter the teachings of Buddha. So we have to lead these people who go to these events to a realisation of Buddhism," he said. "Unfortunately, there is nothing to bridge these new activities with Buddhism."

Such efforts, he said, must be imbued with a deep and abiding belief in Buddhism before they can be expected to attract others, said Masuda, who worries that this could be the missing link. Buddhist priests must be able to convey such intensity of belief before they even put up these events, Masuda notes.

Masanori Yamamura, 51, blames the fading of Buddhism on priests.

"They are lacking the cultivation of their own hearts based on Buddhism," said the priest. "They are not living out Buddha’s teaching, so they themselves cannot find the meaning of the Buddhist way of life. For them, Buddhism is only a job to conduct funerals and Buddhist services. These priests are responsible for the decline of Buddhism."

But that is even assuming that there are enough priests to propagate the Buddhist way of life. According to the ‘Yomiuri Weekly’, a major newspaper, the number of Buddhist priests has plunged from 1.6 million in 1975 to 300,000 in 2005, based on data from the Cultural Affairs agency.

Yamamura concedes it is not just the priests who must take the blame for the apparent decline in Buddhist following in Japan. He said there is also the country’s changing culture to consider.

‘Obon’ is a Buddhist event where people go back to their hometowns to be reunited with their families in August and pray for the souls of their ancestors.

"But today young couples and families are living by themselves and cutting off these traditions. There are also fewer people coming to Buddhist events. They would rather go to rock concerts, food and international festivals or travel abroad during ‘Obon’," said Yamamura.

"Traditions are gradually deteriorating, but what can we do?" he asked.

At present, the religion that has had a profound influence on its intellectual, artistic, social and political life is nothing but an empty ritual for many, observed only in a ceremonial way as at funerals, said Jeffrey Kingston, a professor at Temple University in Japan.

"The contrast to South-east Asia is extraordinary, not because of differences in Mahayana and Theravada Buddhism [other forms of Buddhist belief widely practiced in certain parts of Asia such as Sri Lanka and Thailand], but also in terms of how religion is interwoven with everyday life. That is not the case at all in Japan," he said.

He added that like many traditions and customs, he agrees that Buddhism is fading in Japan, "and I doubt that promoting it through anime, hip hop or the like will reverse the trend."

"I suspect at some level, the priests themselves are partly responsible for this state of affairs, as many don’t lead exemplary lives and seem way too caught up in materialistic concerns,’ he added.

Out there are people looking for meaning in life, and many would be open to the messages of Buddhism if they could connect to its basic precept, he said. "But the world of anime, Internet, work … leaves many overwhelmed and spiritually desiccated," he said.