DHARAMSHALA, India -- Over a thousand Chinese armed security personnel have locked down Tawu Nyitso monastery, cutting off electricity and water supply as schools in the region remained closed following Monday’s self immolation of monk Tsewang Norbu. 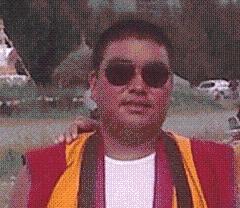 << The monk identified as Tsewang Norbu, 29 set himself ablaze on Monday in Ganzi, Sichuan (China)

Tsewang Norbu, 29, had set himself ablaze, raising slogans for the Dalai Lama’s return and freedom in Tibet in Tawu town. Defying the Chinese authorities, monks carried Tsewang Norbu’s charred body to his monastery where almost 10,000 local Tibetan gathered overnight to pay their respects.

Chinese police stopped the gathered people from entering the monastery resulting in the severe beating and arrests of an unspecified number of people. Sensing trouble, Chinese authorities ordered the immediate cremation of Tsewang Norbu’s body.

Speaking to Phayul, Khenrab a monk in Dharamshala with links inside Tawu said that Chinese authorities had cordoned off the funeral site with a three-layered security blanket, barring local Tibetans from attending the funeral.

“Tsewang Norbu’s last rites were carried out at 7 in the morning on August 17 but the local Tibetans who had come in their thousands were not allowed to attend the funeral,” Khenrab said. “They had to pay their last respects from the top of a far away hill overlooking the funeral site”.

In exile, Tibetans and supporters from New York to Dharamshala to Taiwan organised prayers and protests to mark Tsewang Norbu’s sacrifice.

The Dharamshala based Tibetan Parliament-in-exile while paying homage to Tsewang Norbu said, “Such tragic incidents which happen frequently in Tibet are a clear indication of the Tibetan people's deep-seated resentment against the Chinese government's wrong policy on Tibet”.

Social networking sites have been rife with messages of respect and calls for campaigns and protests rallies.
Tendor, the executive director of the Students for a Free Tibet, on his facebook page made an open call of support for a protest rally on August 19 in honour of Tsewang Norbu in front of the New York Chinese Consulate.

Reaching out through his facebook page, Tsewang Rigzin, president of the largest pro-independence organisation in exile, the Tibetan Youth Congress, wrote, “the precious sacrifice by Pawo Tsewang Norbu will give inspiration and rebirth to thousands of more Pawos and Pamos to continue our struggle and ultimately regain Tibet's Independence.”